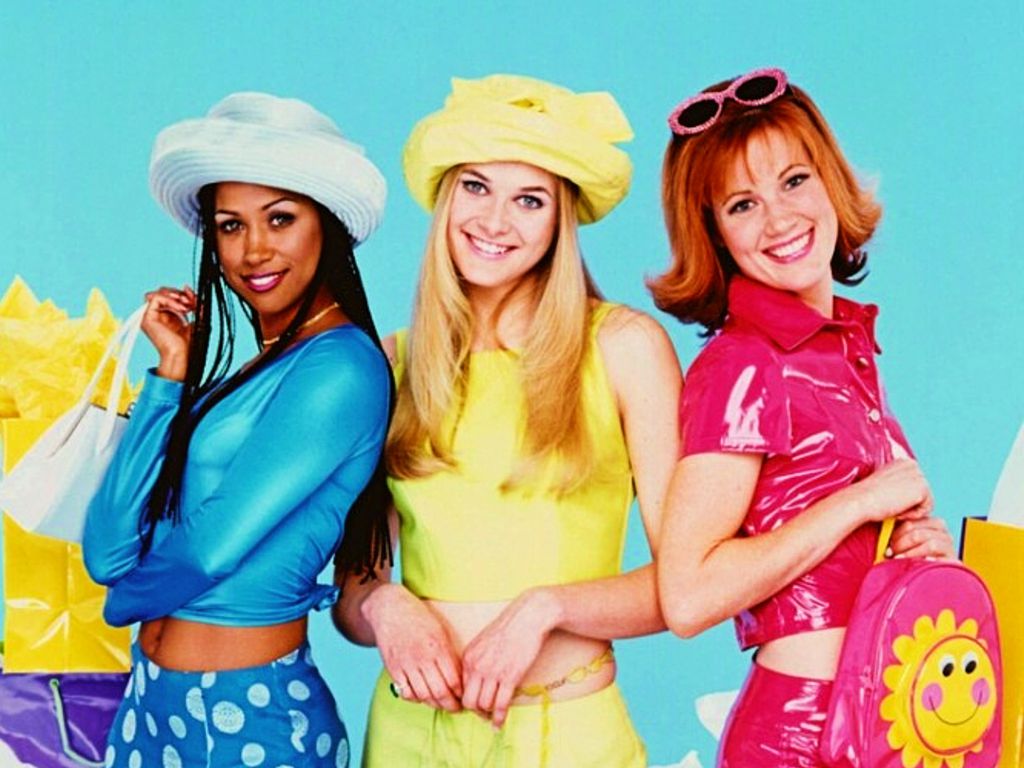 We all love movies and television shows, and sometimes it's great when shows are spun-off of our favorite movies. Some of those shows are even critically acclaimed and really well-received, like "Fargo" and "Friday Night Lights." And then... there's the others. Here's a list of those, the television shows based on movies that didn't catch their intended audience's attention.

Back in 2004 everyone had a Napoleon Dynamite impression or quote that they would annoyingly say - kind of like the Borat of that year. The indie comedy was a huge hit so they decided to create an animated series— twelve years after releasing the movie. It did star the original cast which is very rare for an animated spinoff but that didn't help the show. Maybe because it was such a huge span of time since the original or maybe because the show just wasn't as good, it didn't last, and was quickly cancelled after one season.

"Jumanji" was another animated series based on a movie. The show was a bit different though, the two siblings are in fact sucked into the game rather than Alan escaping like in the film. The show did last three seasons but was not as good as it could've been. It couldn't capture the fun and adventure of the game as the movie did.

"10 Things I Hate About You" was a great teen movie that told a modernized tale of Shakespeares' Taming of the Shrew. ABC Family decided to try and make a spinoff of the movie ten years after the film came out. It was widely hyped up but couldn't generate many viewers compared to their other shows like "The Secret Life of the American Teenager." The show was cancelled after one season.

Nickelodeon, famous for creating great cartoons that later become movies, tried their hand at spinning off a live-action movie with "School of Rock." The show focused on the characters of the movie, replacing Jack Black with Tony Cavalero to play Mr. Finn. It was fun, but it didn't have the same spark as the movie or the Broadway musical spinoff. The show lasted three seasons.

"Uncle Buck" is a beloved movie that television studios have attempted to turn into a series more than once. In 2016, they decided to switch it up by putting an African-American family in the story. The all-star cast included Mike Epps as the title character and Nia Long and James Lesure as Miles' parents. It was a great switch up in theory but audiences still couldn't get into the show and it was quickly cancelled.

Sometimes Hollywood will try a different approach to creating television spin off's from movies and do it by making them animated. It's the same concept as the movie— Ace is a pet detective and he's in charge of finding missing animals. The show was more annoying than silly and not many people enjoyed it, but it did in fact last three seasons.

"Ferris Bueller's Day Off" was a great movie from the mastermind John Hughes. The movie was beloved by critics and audiences alike so they decided to make a show and boy, what a bad idea that was. The show debuted in 1990, four years after the film came out, and did not have any of the original cast. It is noteworthy it starred Jennifer Aniston pre-"Friends," which was fun but, alas, it was still cancelled during its first season.

The 'Indiana Jones' movie series were huge hits in the 1980s, loved by children and adults alike, so George Lucas decided to create a spinoff show. Lucas, one would guess, is a fan of prequels and so he created "The Young Indiana Jones Chronicles." The show was a hit at first but the production had too big of a budget for its relatively low ratings, so it was cancelled after three seasons.

"Uncle Buck" was spun off into a television show not once but twice! Both shows were failures. The first attempt came in 1990 and starred Kevin Meaney as Uncle Buck. It was tired and not as fun as the heartwarming movie. The show never connected with audiences and lasted only one season.

"My Big Fat Greek Wedding" was a massive hit at the box office. The movie was such a huge hit that it spawned a sequel almost 15 years later, but in between they tried a television show called "My Big Fat Greek Life." They changed the lead characters names and replaced Jon Corbett with a less recognizable actor and it only lasted seven episodes.

The "Clueless" television show lasted three season but that doesn't mean it was good. The show had most of the film's cast, aside from Alicia Silverstone. Rachel Blanchard played Cher instead and maybe that is what was missing. It was silly but not the same or even close to being as good as the movie. Maybe it was just difficult believing that these characters were still in high school for three television years.

One could consider the movie "Serpico" to be Al Pacino's breakout role. The crime drama and his performance were so good. Three years later in 1976 they decided to create a show, replacing Pacino with David Birney as the title character. Unfortunately the story wasn't as compelling without Pacino and after one television movie and 14 episodes it was cancelled.

Executive producer Jason Katims had back-to-back successful movies turned shows with "Parenthood" and "Friday Night Lights" and he was hoping to get a successful trifecta by introducing "About a Boy." Unfortunately, this show just didn't hit as hard as the other two. It could be because this was a half-hour sitcom while the other two were hour-long dramas, but it could also be because the story just wasn't as strong as the others. The show lasted two seasons.

"The Net" was a technology thriller movie starring Sandra Bullock. It was fun, not a super well known Bullock film, but not too bad of one. Still, it did not make much sense for studios to create a spinoff show, but they did! The show didn't star Bullock and instead Brooke Langton was in the lead role. Unfortunately, while the movie was fun, it didn't translate to a show and was quickly cancelled after one season.

"Working Girl" was a movie starring Melanie Griffith and Harrison Ford that told the story about a boss stealing his secretary's idea. Then, the secretary pretended to be her boss to get back at him. Two years after the movie premiered, they tried to spin it off into a show about the secretary's life in an office. NBC replaced Griffith with Sandra Bullock and while it was a fun idea it just couldn't translate to TV and lasted just one season.

"Tremors" was a series of B-list sci-fi movies that centered around vicious attacks from giant worm-like creatures. Yes, there are actually seven movies about these guys with the latest coming out in 2018. Unfortunately, while they are cult classics on the SyFy network their show just wasn't a hit. It only lasted one season and was quickly cancelled.

'The Crow: Stairway to Heaven'

"The Crow: Stairway to Heaven" is a spinoff of the film "The Crow." It follows the title character, Eric, as he comes back from the dead to find his soulmate. He does this by following a spiritual crow that gives him special powers. The film developed a pretty large cult following. but unfortunately the show couldn't drum up as much of an audience and was cancelled after one season.

"Bill and Ted's Excellent Adventures" follows the wacky and fun adventures that the two main characters have while time traveling in their phone booth. It was a fun concept and a great idea for an animated show, but it just couldn't gain enough traction as the two movies did. It did last two seasons before it was cancelled.

The "Dirty Dancing" spinoff show aired in 1988 on CBS. The comedy-drama show had a new cast and followed the original character Johnny beside Baby. Maybe it was because of the lack of Patrick Swayze or maybe the writing just didn't hold up, but the show was cancelled after airing only eleven episodes.

After the success of the 'Lethal Weapon' show, networks tried to replicate it with a variety of other buddy cop movies, one of which was "Rush Hour." The "Rush Hour" spinoff show aired 18 years after the original movie came out. While one of the creators, Bill Lawrence, was known for churning out pretty successful shows like "Scrubs" and "Spin City," he couldn't get as much success with this one.

The 'RoboCop' movie franchise tried to do a spinoff series as well that failed pretty badly. The series ignores what has happened during "RoboCop 2" and "RoboCop 3" to start where the original RoboCop left off... kind of. The show was also different because many of the main characters names were changed. It only lasted one season.

"Dangerous Minds" was a film starring Michelle Pfeiffer, where she played a teacher who taught 'bad' kids only to find out they really weren't that bad. Pfeiffer was replaced by Annie Potts on the show and there was no soundtrack by Coolio. Sometimes dramatic movies are best to remain as movies. Following this story week-to-week didn't catch on with viewers and it lasted only one season.

"Anger Management" was loosely based off the 2003 movie starring Jack Nicholson and Adam Sandler with Charlie Sheen playing the Nicholson character on the show. Although the premiere was the most watched sitcom premiere in cable history the show only lasted two seasons. The controversies surrounding Sheen at the time may have added to its initial audience boom and its subsequent fading.

'Blade's' television series takes place after the film "Blade: Trinity." It aired on Spike TV and just couldn't hold enough of a bite as the movie series or Marvel comics had with audiences. It could be the lack of star-power like Wesley Snipes or the lack of story, but the show only lasted twelve episodes before it was cancelled.

Based off "The Omen" film series in the 80's, "Damien" tells the story of the main character all grown up. Damien is now a 30-year-old war photographer who has forgotten his evil past until a woman named Ann Rutledge helps him embrace the dark side. It was an interesting concept but not well executed and was cancelled after only ten episodes.