Why Did This Woman Swallow Her Engagement Ring?

Sarah Knieser
Why Did This Woman Swallow Her Engagement Ring? October 11, 2019Leave a comment 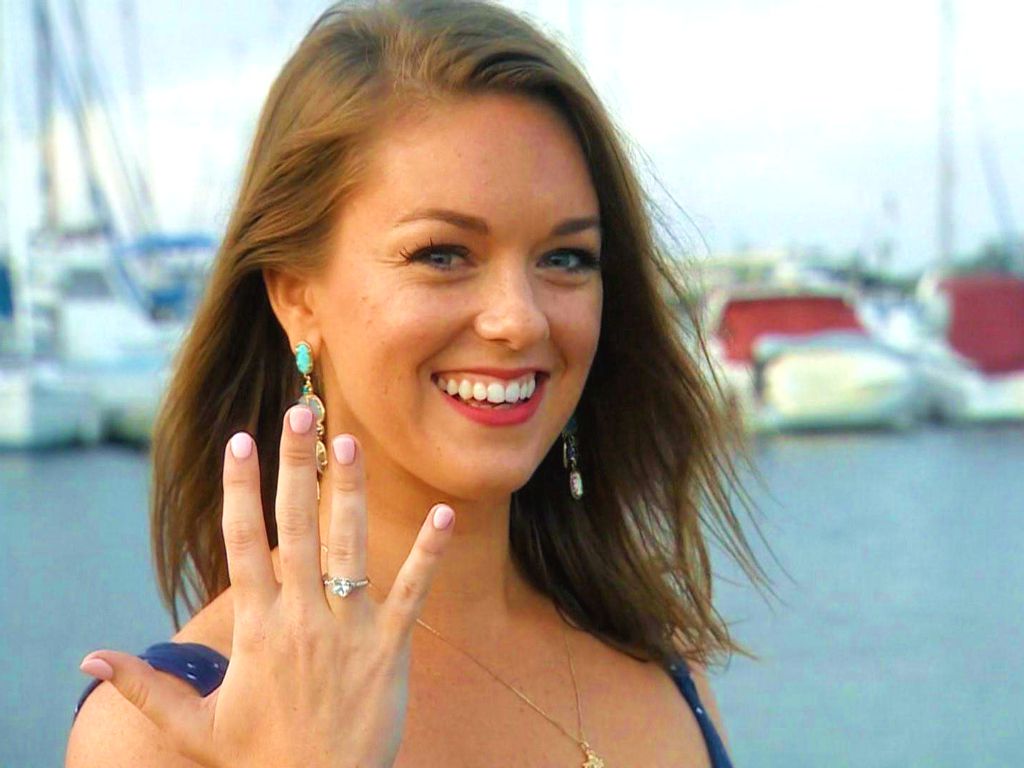 California bride-to-be had a strange dream that centered around a group of thieves on a train attempting to steal her engagement ring. But, while she was asleep and having that dream, she swallowed her diamond ring for real! Jenna Evans shared her story on Facebook, which prompted other people to recount their strange tales of losing their valuables, too...

Jenna has described herself as having “very strange and vivid dreams,” so maybe she shouldn’t wear her new ring when she goes to bed! The dream involved a high speed train, some bad guys and her fiance, Bobby. In the dream, Bobby asked Jenna to protect her ring by swallowing it, and when she woke up, she realized that she had actually followed those directions!

The Next Logical Step

After Jenna told her fiancé Bob Howell about the mishap the next morning, they “laughed pretty hard for an hour and a half.” They also Googled what to do and quickly found out that it’s much more common for kids to accidentally swallow objects than adults.

A Trip to a Specialist

That morning, through laughter and tears, Jenna explained to the doctors what had happened to her and she soon was confronted by X-Ray images of her engagement ring in her stomach. Her doctors recommended that it would be best to retrieve the ring from where it was with a simple surgery, instead of letting nature follow its course.

The Feeling Sets In

By the time Jenna had signed her release forms for her upper endoscopy procedure, she could actually feel the ring in her guts, which started to make her nervous. Even though her doctors assured Jenna that she was undergoing a simple and safe procedure, Jenna only had one thing on her mind: her upcoming wedding to her finance, Bobby.

The Ring Didn’t Lose Its Shine

Even in these photos from the procedure, the ring itself still looks gorgeous and radiant! Jenna has been sure to plug the makers of the ring, Simone Jewelry Designs in Houston, Texas, every time she posts about the mishap. Jenna even called the rings “so lovely, you could eat them. But don’t — trust me on this.”

The Ring Was Returned To Her Fiancé

After the quick and painless procedure, the gorgeous ring was retrieved and promptly returned to Jenna’s fiance, Bobby for safe keeping. Although Jenna loves and cherishes her prized jewel, it may be much safer for Bobby to keep his eyes on it, at least at bedtime.

After the procedure, Jenna’s doctors gave her a list of recommended foods to eat while she recovered, including soup, yogurt and light sandwiches. But, Jenna knew what she wanted and her loving fiance got it for her. An In-N-Out double double with cheese fries and a chocolate shake was her first meal after this ordeal.

The Ring is Still Safe

Jenna posted the story on her Facebook page after it happened and it quickly went viral. Thousands of people weighed in on her story and their own experiences in hilarious accidents. The coverage even led to a segment on “Good Morning America” where Jenna showed off the famous ring to the world.

The Happy Couple Had a Good Laugh

After this strange experience, the couple is more sure than ever that they can make it through anything. They are so excited for their wedding and are planning to tie the knot next May.

The New York Police Department posted a heartwarming moment on their Twitter after they caught a couple on tape getting engaged on a sidewalk in NYC. Moments after the greatest moment of the couple’s lives, their luck failed them when the man seemed to have accidentally dropped the ring into the sewer grate below them!

The Couple Was Traveling

Police Searched For Them

It seemed unlikely that the couple and their ring would ever be reunited with this footage alone. But, thanks to the powers of social media, thousands of people were able to see these photos after the police department posted them on their Twitter account.

Officers On the Case

As soon as police found this footage and received a phone call from the couple at around midnight, they went looking for the ring. The police attempted to recover the ring that night, but couldn’t do so due to the dim lighting of the city sidewalk at the dead of night.

Police Got to Work

The next morning, after a shift change in the police department, different officers returned to the scene and soon found exactly what they were looking for. But, in situations like this it is often very unlikely that people will be reunited with the items they lost, especially when they are as small as a ring.

They Checked Under the Grate

It took only about 10 or 15 minutes of searching for the officers to locate the ring from the filth below the city street. One officer on the case described the process as “like finding a needle in a haystack.” He also said, “We've been on plenty of these searches where we've come up with nothing, unfortunately. And fortunately, this one has a good ending to it."

The Ring Was Found

Once the ring was found, it also had to be meticulously cleaned. After all, no one would want to see their once pristine engagement ring covered in the muck and grime of the New York City sewers. After this was done, the ring was posted on social media as well.

But the Couple Was Gone

The couple was only in America for a short vacation, so by the time police had located the ring, they were out of the country. But thanks to the Twitter post, the police were able to contact them within a day to start making arrangements for returning their prized possession.

Their Ring Was Returned

John and Daniella were so happy to have their ring returned to them, but more happy to correct the story that had originally circulated. What actually happened was that John proposed to Daniella in Central Park but the ring was too big, which caused it to fall off of her finger and drop into the sewer grates on a sidewalk in the city.

The story was circulated so far and wide that audiences everywhere rejoiced to see the couple meet with the police officers who found the ring on an appearance on “Ellen.” Without the help of those officers, the story of their engagement would have ended on a sad note, but thanks to them, this couple can be ‘grate’-ful instead.

One morning, Ben Hsu fell asleep with a pair of the wireless headphones in his ears, but woke up to find that one of them had gone missing. Using a tracking feature on his phone, he discovered the device was still in his room.

The AirPods Were Soon Located

Ben knew his AirPods were in his bedroom, so he checked under his blanket and looked around the room but he still couldn’t find them. Soon he realized that the beeping sound that the tracking feature emitted was coming from his stomach.

Dr. Chen Chieh-fan, who works in the emergency room Ben visited, explained, “Because of the plastic shell around the AirPod, the risk of it causing him harm in a similar way to swallowing a regular lithium-ion battery is much lower.” Direct exposure to a battery could have been much more serious.

The Battery Was Still Full

After the AirPod successfully passed through his system the natural way, Ben was surprised to find that not only did the device still function, it still had battery power! After that incredible experience that hopefully very few people will ever go through, Hsu noted, “The battery was still at 41 percent!”

Doctors treated a 16-month-old boy and got a surprise when they saw a SpongeBob SquarePants pendant looking back at them. The charm belonged to his older sister, who was probably happy to get the missing piece of her necklace back! It was removed without any complications.

An unlucky puppy managed to swallowed this rubber duckie whole rather than lose it in a fight with another dog! The Staffordshire terrier who ate this rubber toy was okay, but his vet was surprised that the toy was so well in tact, saying, “It’s not uncommon for dogs to swallow strange objects, although they tend to chew them into little bits first.”