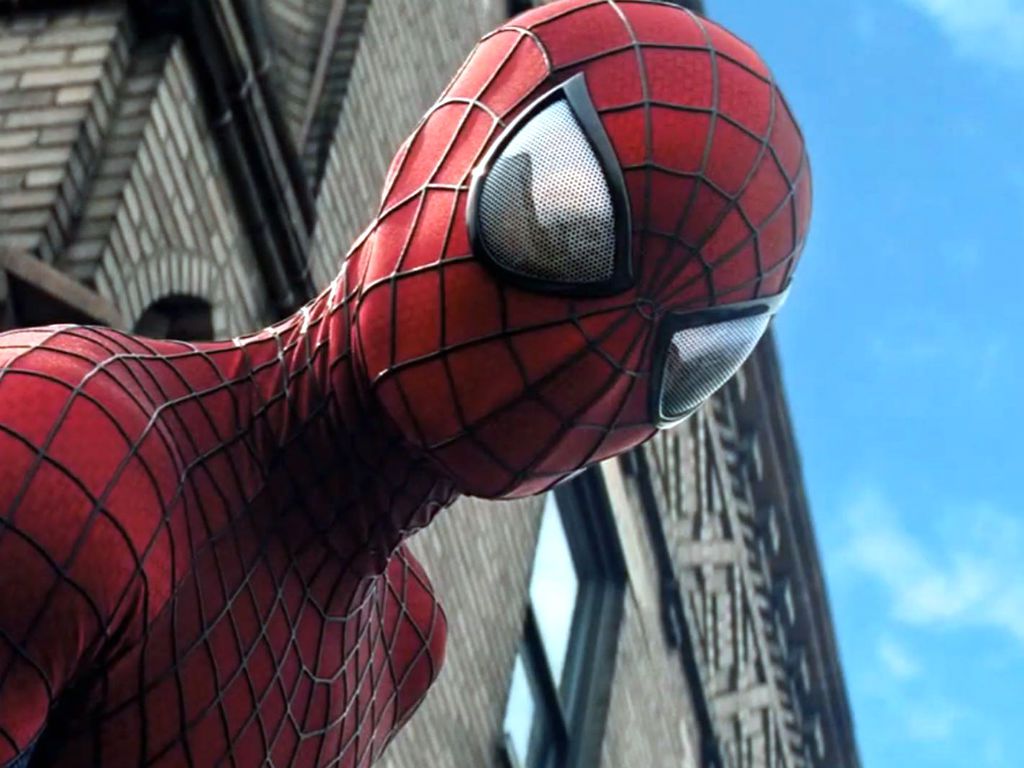 Sometimes, movie studios are so desperate to get people to watch their films that they give away key plot points in the movies' posters. Here are some of the more egregious examples...

Even early audiences for ‘Terminator: Genisys’ didn’t exactly love the movie when it was released. This was possibly because the film’s trailers and posters gave away the big twist: that John Connor, played by Jason Clarke, is secretly a Terminator.

This poster for “Rocky IV” is certainly a very striking image, showing the titular character draped in an American flag as he’s raised in the air triumphantly. The problem is that this gives away the final outcome of the big fight of the movie, which is a big deal considering that Rocky isn’t always guaranteed to actually win in his films.

While not the original theatrical poster for “E.T. The Extra-Terrestrial,” this poster nevertheless circulated far and wide to promote the film. It’s such a shame that it gives away the movie’s big finale and most powerful shot, lessening the surprise for all who then watch the film.

This poster for “Prometheus” shows the movie’s spaceship, the USCSS Prometheus, blowing up. Anyone who sees this poster will be robbed of the surprise at seeing this scene play out towards the latter end of the film.

“Lone Survivor” is the story of four US marines, and its title isn’t in and of itself too much of a spoiler as audiences aren’t to know which of the four will make it through to the end of the film alive. This reveal is somewhat given away when the poster only shows Mark Wahlberg, making it pretty clear how things will play out.

The trailer for “Pompeii” shows the movie’s main breeding pair wrapped in a tender embrace, moments from death. It’s a striking trailer, but it does spoil the film’s conclusion, and the fact that the pair get together just in time to die horribly.

The whole point of “10 Cloverfield Lane” is the question of whether or not an alien invasion has really taken place, with the movie going out of its way to convince audiences that a supposed apocalyptic event is all fiction. This is all ruined by a poster that clearly shows a spooky alien in the sky above a fearful Mary Elizabeth Winstead.

“Grease” is the story of a will-they-won’t-they romance between two teens, in which the adorable blonde Sandy is considered too straight-laced for her more edgy love interest. This poster leaves little to the imagination by revealing Sandy’s eventual transformation at the end of the movie.

Is there even a point to seeing “Carrie” if you’ve already glanced at this poster? It’s already very clear that the titular character is going to have her prom night ruined immediately before using her creepy power to get revenge.

The poster for “Free Willy” shows the film’s one memorable moment. It’s such a shame that even seeing this image ruins much of the suspense of the film, which centers around whether or not the story’s orca whale will actually make it back to the ocean in one piece.

“Ender’s Game” ends with its titular character, Ender, using giant lasers to blow up an alien planet. It’s a cool visual, which is why it’s on the poster, but it does ruin the surprise of the end of the movie.

Kudos to Hayden Christensen for somehow appearing three times on this poster for “Star Wars Episode III: Revenge of the Sith.” While the eventual appearance of Darth Vader isn’t too much of a shock for this prequel, the poster does very clearly show off former friends Anakin and Obi-Wan having a climactic lightsaber duel during the movie’s climax.

Sony Pictures is world renowned for spoiling much of their movies in the hopes of getting audiences into theaters. “The Amazing Spider-Man 2” was a casualty of this during the buildup to its release – this poster clearly shows The Green Goblin, a villain that only appears in the final twenty minutes of the movie, and who really should have been left out of the marketing.

'Planet of the Apes'

While not the original theatrical poster for the first release of “Planet of the Apes,” this poster has been used frequently over the years to promote the classic movie’s return to theaters and VHS releases. Alas, it shows off the movie’s big twist in excruciating detail, with the Statue of Liberty looming over a weeping Charlton Heston. This is fine for those familiar with the film, but all newcomers just had the movie spoiled by a poster.

“The Impossible” is the story of a family trying to survive in the wake of the 2004 Indian Ocean tsunami. Will the family be reunited unharmed? Yes, it seems they will – their reunion is clearly visible on the movie’s international poster.

“When Harry Met Sally...” is intended as a slow-burn romantic comedy, showing a pair of platonic friends who meet up at various times during their lives before finally staring a relationship at the end of the time. This poster skips all the preamble and presents audiences with the end of the story as if that’s the starting point of the narrative.

Found footage movie ”Quarantine” ends with its lead character screaming as she’s attacked. This image, rather than any other, made it onto the poster, leaving audiences waiting impatiently for an attack they know is coming, which doesn’t appear until the end of the film.

It’s understandable that Paramount Pictures wanted potential audiences for “Transformers: Age of Extinction” to know ahead of time that Optimus Prime would ride a robot dinosaur in the movie. The problem is that this moment in the film comes during the climactic final battle, thus ruining the big setpiece that closes out the movie.

'Cabin in the Woods'

The Japanese poster for quirky horror comedy “Cabin in the Woods” doesn’t mess around. While most promotional material for the film is deliberately vague so as to obscure the big twist, this poster shows off a series of glass cages under the ground; a twist that audiences really aren’t supposed to know about going into this film.

Imagine never having seen or heard of “King Kong,” and then seeing the movie’s poster, in which a giant ape is clearly fighting with a biplane above the New York skyline. This does rather spoil the film’s climax, considering that most of the action takes place on Skull Island.

“The Wicker Man” is a mystery movie in which a police detective is sent to investigate a strange village community on a remote British island. The suspense of the story revolves around not knowing how things are going to end, which makes a poster of a burning wicker statue feel a bit unnecessary.

This Latin American poster for “Thelma and Louise” is absolutely wonderful. Bear in mind that the movie is literally titled “An Unexpected Ending” in the region, giving away the fact that it won’t end the way audiences will hope. The poster makes things somewhat less unexpected by showing a picture of Thelma and Louise’s car hurtling off the side of a canyon; the final shot of the film.