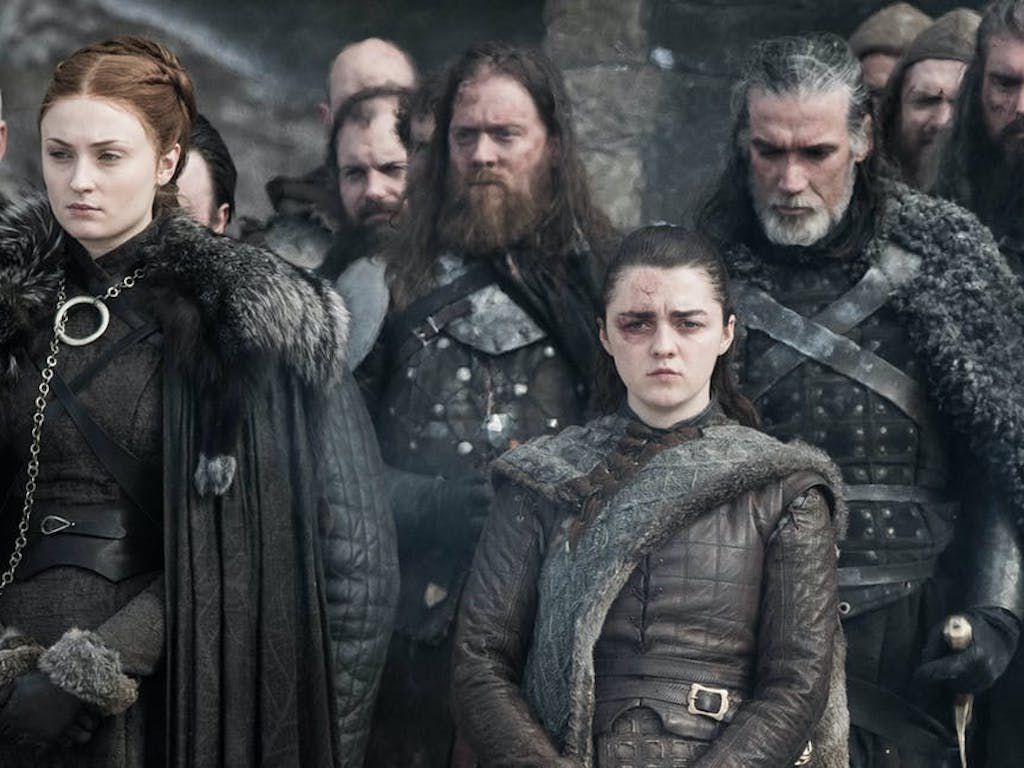 As "Game of Thrones" nears its finale, fan fervor has only gotten more intense. But do you know what language the White Walkers speak? Or how many actors have actually played Ned Stark? Unless you’re a true fan, the answer is no — until now.

Hand of the King

Sean Bean, who played Ned Stark, Hand of the King to Mark Addy’s Robert Baratheon in season one, actually knew the actor longer than anyone else on set. According to an interview Addy did with Access, “We were at drama school at the same time — same drama school, same time, different years, so we sort of go back, oh, longer than most of us can remember.”

Lena Headey’s short-hair wig on the series was her absolute least favorite, leading her to nickname the wig The Turnip. “Can’t wait to be rid of her,” she told Vulture. “End of that. Did not bring that one home with me.”

Charles Dance, who plays Lannister patriarch Tywin, was really committed to his role. According to CinemaBlend, the stag Tywin skinned when he was first introduced to audiences in season one was absolutely real, as was the process of Dance actually skinning it.

You’d think the costumes on the show would be as authentic as the stags its actors are skinning, but you’d be wrong. At a 2016 speaking engagement at Los Angeles' Getty Museum, costume designer Michele Clapton revealed the furs are actually cut and shaved Ikea rugs.

"Game of Thrones" producers David Benioff and Dan Weiss once sent Alfie Allen, who plays Theon Greyjoy, a fake script in which he was killed by Bran… but stayed on the show. In an interview with Uproxx, Allen said they called him on vacation and asked how he felt about playing a naked zombie with zero dialogue.

Natalia Tena, who plays Osha, is the lead singer for the band Molotov Jukebox. And Kristian Nairn, who plays Hodor on the series, is a world renowned DJ — "Game of Thrones" was his first major acting credit.

Tyrion Lannister’s jail cell speech in season four didn’t originally include his brother, Jaime. Nikolaj Coster-Waldau, who plays the older sibling, told Sky Magazine, “I felt, ‘Wouldn’t it be great if [the speech] was actually to Jaime?’ And they agreed.”

The White Walkers originally had their own language. David J. Peterson developed Skroth, a spoken language that was ultimately scrapped from the pilot in favor of actual ice cracking sound effects that were used when the White Walkers spoke.

George R.R. Martin pitched the idea of doing a "Game of Thrones"/"Westworld" crossover, where a park would be dedicated to Westeros. Jonathan Nolan and Lisa Joy, the "Westworld" showrunners, turned it down. “I need to be believe that dragons are real,” Joy told Entertainment Weekly. “I want them be a real thing. So as much as I love George, I can’t lose that for myself!”

Ned Stark has been played by four different actors over the course of "Game of Thrones" eight seasons. Sean Bean, who’s most known for the character, had season one. In season six, Sebastian Croft played a younger Ned in flashbacks. Robert Aramayo played a slightly older Ned in a later flashback. Finally, Kevin Eldon played an actor taking the role of Ned in a stage play in Braavos.

"Game of Thrones" isn’t for everyone. According to Time magazine, several notable Hollywood stars have actually turned down parts, including Gillian Anderson, who was rumored to have been offered the role of either Cersei or Melisandre. Jared Harris, Mahershala Ali and Sam Claflin have also said no to the series.

Of all the "Game of Thrones" characters in the series, Tyrion has appeared in the most episodes. The fan favorite character, played by Peter Dinklage, appears in 64 episodes out of the 73 total.

According to Benioff and Weiss, HBO was all for having more episodes of the series. “We always believed it was about 73 hours, and it will be roughly that," Benioff told Entertainment Weekly. "As much as they wanted more, they understood that this is where the story ends.”

Much of what happens on "Game of Thrones" is inspired from real historical events. In the Battle of the Bastards, for example, the strategy used by Ramsay Bolton was modeled after the Carthaginian forces during the Second Punic War.

Like the Battle of the Bastards, the Red Wedding was also inspired by actual events. At the Black Dinner, the king of Scotland massacred a clan he’d invited over to a feast intended to “make peace” between them.

The costumes each actor wears on "Game of Thrones" have hidden messages related to their characters. Michele Clapton, the series costume designer, told Marie Claire, “The costumes always tell stories, often hinting at loyalties and desires.”

A satellite TV company in Israel once created an entire channel devoted to "Game of Thrones" content prior to the show’s season six premiere. It included all of the first five seasons as well as featurettes and other related content.

Singer Lily Allen once said she turned down the role of Yara Greyjoy because she would have had to play out incest scenes with her real-life brother, Alfie (who plays Theon). Turns out, Allen lied about the whole thing, which her brother confirmed with Vulture.

Nathalie Emmanuel, who plays Missandei on the show, worked in retail prior to and during filming. “I got paid very well for my first scenes as Missandei, but it wasn't life-changing money or anything,” she told Harper's Bazaar. “So, I was going back to retail after the season finished; I still had to pay my mortgage.”

Paula Fairfield, the sound designer for "Game of Thrones," shed some light on the "Big Little Questions" podcast about how the show created the dragons’ noises: by using the sound of tortoises mating.

“The groan of the male actually became, with some work and adjustments, the source for Drogon's purr with [Daenerys]. The funny thing about the purr with Drogon was watching people watching [the show] and giggling when they heard it, but not really knowing why. To me, it's because it had that essence, that kind of sensual, sexual essence.”

When filming wrapped, nearly all of the actors got to take home a character souvenir. According to Entertainment Weekly, Maisie Williams kept Arya’s coin and one of her jackets and Sophie Turner took Sansa’s corset and a scroll from the final season. Nikolaj Coster-Waldau, however, did not get to keep Jaime’s prosthetic hand, even though it was the only thing he wanted.

Emilia Clarke told Variety's Actors on Actors that when she auditioned in front of Benioff and Weiss, she asked the pair if she could do anything else after her scenes. Jokingly, Benioff told her to do a dance, which she did in all seriousness — the Funky Chicken, because it was the only dance she knew.

By the end of season seven, the total number of deaths in Westeros had reached an astounding number. According to Leon Andrew Razon, who’s catalogued every single death on the show (including estimates for huge battles like the Fall of the Wall), 174,373 people have died.

The final episodes of "Game of Thrones" have been in the works for years. According to Benioff and Weiss in their Entertainment Weekly interview, the pair first talked about how the show would end during season three. “We’ve known the major beats for at least five years.”

You Know Nothing, Ramsay Bolton

If casting had gone another way, Jon Snow would have turned out to be much different from the version audiences know. Iwan Rheon, who wound up playing Ramsay Bolton, said in an interview for Interview magazine that he was originally up for the role of Jon. He said the casting came down to him and Kit Harrington.

When "Game of Thrones" was in its first couple of seasons, Tommen Baratheon was played by Callum Wharry. Dean-Charles Chapman, meanwhile, played Martyn Lannister, who was pretty immediately killed off. By season four, Chapman replaced Wharry as an older Tommen.

Nikolaj Coster-Waldau, who plays Jaime Lannister, revealed on "Jimmy Kimmel Live" that to avoid accidental spoilers or leaks from the cast during the final season of the show, the actors had to download an app that would delete the script once it had been read. It also wouldn’t allow screenshots to be taken.

Harvard actually teaches a class on "Game of Thrones," sort of. The course is called “The Real Game of Thrones: From Modern Myths to Medieval Models,” and it examines the way the books and series “echo and adapt” medieval history.

The original "Game of Thrones" pilot — it was so terrible it had to be completely reshot and partially recast — featured a cameo of the series’ author. His scene as a Pentoshi nobleman wound up on the cutting room floor, however.