Hollywood Wardrobe Malfunctions That You Won’t Believe Got Past Editors 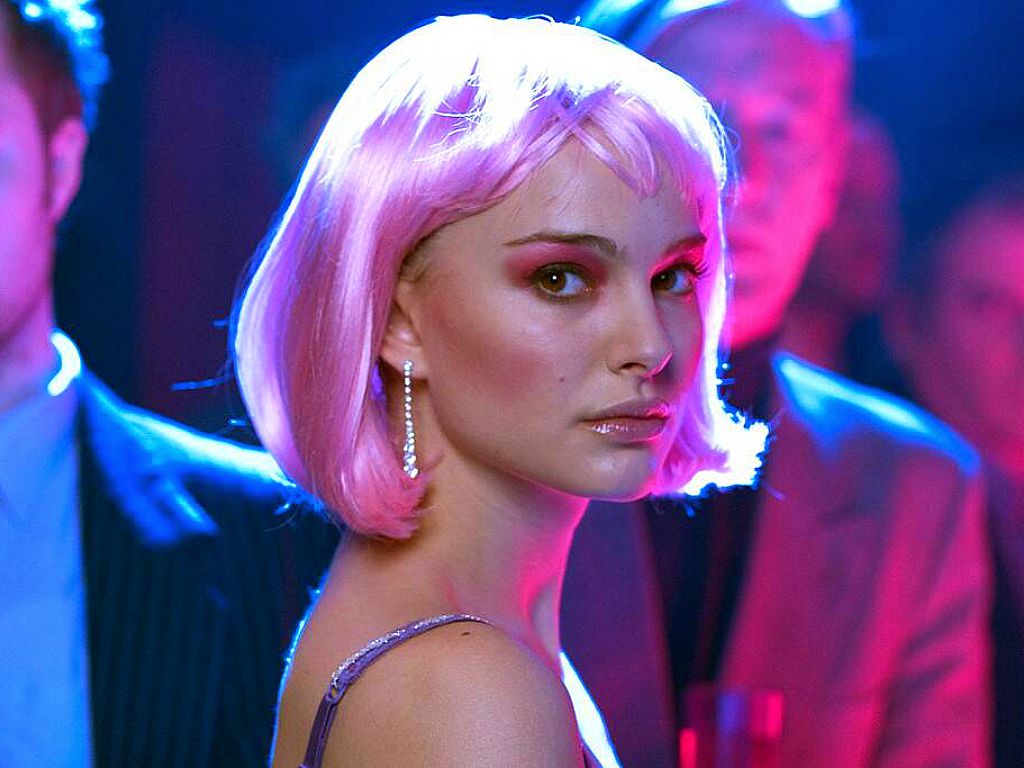 We all enjoy watching movies, they're a great way to escape your responsibilities for a moment. Although many people help create the final film, someone can always mess up or overlook something. Whether it's a boom mic in the background or a bra strap in a historical film, we found the most interesting Hollywood wardrobe malfunctions in film.

In "Raiders of the Lost Ark," there is a scene where the main character played by Harrison Ford, Indiana Jones, is sitting at a table in Egypt. The movie takes place in 1936, but in this scene you can see a man straight out of the '80s (1981 to be exact) walking behind Jones. It's pretty noticeable and surprising that it didn't get caught in the editing room.

Everyone is familiar with the Oscar-winning film "Titanic" that tells the story of Rose and Jack's brief but tumultuous romance aboard the Titanic. In the film, Rose, played by Kate Winslet, has a beauty mark on her cheek and if you pay closer attention, you'll notice it switches from cheek to cheek throughout the film.

In the Cameron Crowe movie "Vanilla Sky," there is a scene where Tom Cruise straps Cameron Diaz to a bed. She wears a sheer dress in the scene when Cruise tries to flip her over on the mattress, and the top part of her dress moves around a bit, exposing her chest. The actress is quick to cover herself, but the exposure is seen briefly in the final cut of the movie.

"The Gladiator" tells the tale of a— you guessed it— gladiator. Russell Crowe played the lead character Maximus and he usually wore traditional gladiator attire that one would wear in 180 A.D., except in one scene. Crowe is in a battle and falls when his backside is shown, exposing the fact that he's wearing Lycra shorts under his costume.

The movie "Troy" is an epic based on Homer's "The Iliad" and is tale of the Trojan War. The story takes place during the early 12th Century B.C. Sure, it was about gods and kings, so everything had to be very grandiose, but one thing that wasn't necessary were those umbrellas. Umbrellas actually weren't invented in the 12th Century, they were reportedly invented and popularized in the 1800's.

In "Pretty Woman," Julia Roberts plays a Hollywood escort that meets a rich man (played by Richard Gere) and they fall in love. While her character does wear skimpy clothes and Roberts bared her chest early on in her career, she usually had a stunt double performing those shots. But, in one scene towards the end of "Pretty Woman," she and Gere get intimate and the audience can see her chest exposed. Her face is also in the shot, so people assumed this was a malfunction that wasn't supposed to be shown on film.

Michael J. Fox's Guitar in "Back to the Future"

We all know the pivotal scene in Back to the Future when Marty McFly takes the stage to sing and perform a Chuck Berry song before it was ever written. It alludes to Berry getting the idea for the song because his cousin calls him from this school dance to play it for him. What's another thing in this scene that wasn't created yet? That guitar that McFly's playing! The scene is set in 1955 and that guitar wasn't introduced until 1958.

Jane Austen's "Pride and Prejudice" is a story that continues to be retold every few years and one retelling starred Keira Knightley as Elizabeth Bennet. In the movie, Knightley wore 'wellies' or rubber rain boots throughout the story, but 'wellies' like the ones she wore weren't invented until 40 years after the time that the film took place in.

Tom Cruise's Parts in "All the Right Moves"

"All The Right Moves" tells the story of a high school football player played by Tom Cruise. In the movie he and his girlfriend (played by Lea Thompson) get hot and heavy in one scene and when Cruise disrobes you can briefly see beneath his shorts. Although it was an R-Rated movie, it is pretty clear that slip was not intentional.

Debbie Reynold's Dress in "Singin' in the Rain"

In the movie "Closer," Natalie Portman played an exotic dancer. When Clive Owen's character initially spoke to her, she took him into a champagne room. There is one small wardrobe malfunction that got the audience's attention upon the film's premiere. In a scene, she quickly moved her legs and in one movement her bra slipped down her shoulders, which made it into the final cut of the film.

Jamie Foxx played the title role in Quentin Tarantino's western action flick "Django Unchained." Django is quite the rebel and his character is very stylish, wearing his sunglasses as his signature accessory. But, the movie takes place in the 1850's and the combination of styling cowboy hats with sunglasses didn't come into fashion until the 1920's.

The movie "Unforgiven" is one of the most well-known and appreciated westerns of all time. But, just because the movie is great, doesn't mean it didn't make a mistake here and there. One mistake involved Gene Hackman's pants. Hackman's pants have belt loops through them and while it was popular to wear belts in that time period, it was primarily a fashion statement. Pants with belt loops were invented after the time period "Unforgiven" took place in.

Diaper in "Sense and Sensibility"

When Mr. Palmer, played by Hugh Laurie, held the baby in a half-hearted way you can actually see a disposable diaper peaking out of the costume the baby wore. Sense and Sensibility takes place in the late 1700's and disposable diapers weren't even invented until the 1950's.

The epic war film "Braveheart" followed the life of William Wallace and is known to be legendary, but it isn't perfect. The film took place in 13th Century Scotland and while kilts are a thing in Scotland today, they weren't back then. Kilts didn't become a part of Scottish fashion until 500 years after the events of the film took place.

The movie "Glory" is a great war film that tells the story of the U.S. Civil War's first all-African American regime. It takes place from September 1862 to July 1863. There is one scene where you can see a soldier's arm reach into the screen wearing a watch that certainly wasn't made in that time period. Wristwatches in general weren't invented until the 1920's.

The superhero movie "Captain America" takes place in 1942. During one of the fight scenes, the character Jim Morita wore a microphone headpiece. It's pretty high tech looking, but it would definitely not have been around in the 1940's. The one used in the film wasn't even invented until 2000.

"Almost Famous" is about a young journalist who goes on tour with a rock band in the 1970's. When the boy, William Miller, (played by Patrick Fugit) first meets the band Stillwater, he passes a guy wearing a Black Sabbath shirt. But, that shirt is a Black Sabbath Reunion "Devil Twins" T-shirt that came out in 1997.

Martin Scorsese's epic "Gangs of New York" starring Daniel Day-Lewis takes place in 1893. There is a scene that utilizes firefighters, and their uniforms don't look very different than modern ones we see toda. The firefighter outfits in 1893 would have actually looked drastically different.

Nike Shoes in "The Informant"

The Informant is a biographical crime comedy starring Matt Damon as an informant. The movie takes place between 1992 and 1994, but in the film Damon sports some Nike golf sneakers with spikes that weren't released yet. The style of that shoe was released a mere two years later in 1996.

"Seabiscuit" tells the story of a famous racing horse named Seabiscuit. The movie takes place during the Great Depression which took place from 1929 to 1933. In the film, the horse jockeys sport similar helmets with chin straps and unfortunately those helmets weren't invented yet during that time period. Helmets with chin straps for jockeys weren't available until the 1950's!

In the movie "Pompeii," Kiefer Sutherland plays Nero, who was one of the last Roman Emperors. In the film he's seen wearing purple along with his top men, but his top men would not have been wearing that color. The dye would have existed back then, but Nero actually made wearing purple a crime punishable by death for anyone else aside from himself.

Anne Baxter played Nefertiti in the classic film "The Ten Commandments." In the film, she wears a gorgeous turquoise blue gown, but unfortunately the real Nefertiti would not have been caught dead in it, simply because that color of dye would not have existed in her lifetime. Ancient Egypt used natural dyes that couldn't have replicated that turquoise color.

"Terminator 2" told the story of a machine man, aka a 'terminator,' going back in time to save a boy from another terminator. When the "good" terminator (played by Arnold Swarchsenegger) fought the bad one, he got shot in the back resulting in several bullet holes in his leather jacket. But, as the fight continues, the bullet holes on the jacket disappear, a pretty obvious mistake that wasn't caught in the editing room.

Modern Shipmate in "Pirates of the Caribbean: Curse of the Black Pearl"

In the first "Pirates of the Caribbean" film, there's a scene where Jack Sparrow, played by Johnny Depp, is aboard a ship with several other pirates. While he is the main focus, in one scene you can see a man dressed in a modern white T-shirt and sort of cowboy hat in the background. He definitely would not have been dressed like that in the 1700's when this movie was supposed to take place.