Most Anticipated Films Coming in 2020 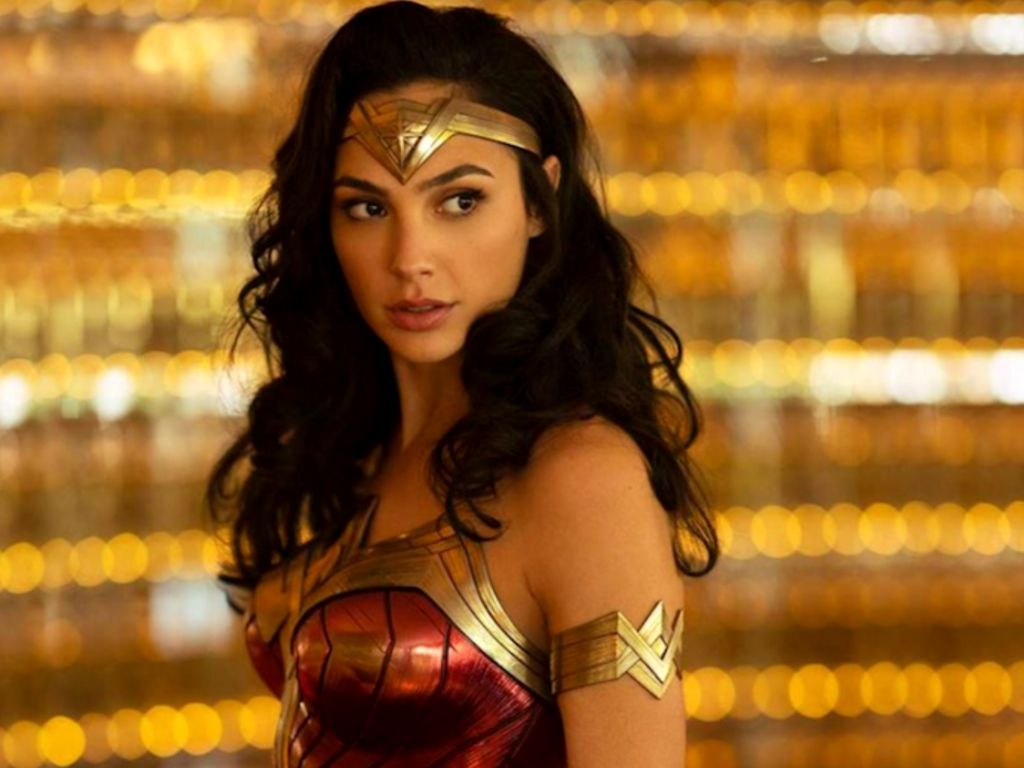 2020 is fast approaching, and with the year comes a variety of exciting and intriguing movies. Here are some of the most highly anticipated films of the year that could prove to be major blockbusters, or crumble entire franchises...

2020 is the year of the female-directed comic book movie, and it’s about time too! Releasing on February 7, “Birds of Prey (and the Fantabulous Emancipation of Harley Quinn)” is directed by Cathy Yan, and will hopefully take the best bits from “Suicide Squad” while ditching the many, many things that didn’t work in the film – not least, Jared Leto’s Joker.

Much noise has been made about how “Dolittle,” coming January 17, will be one of Robert Downey Jr’s very few non-Marvel movies of the past decade. No previous version of the Doctor Dolittle mythos is universally beloved, but there is clearly something enduring about this story of a man who can grunt and squeak and squawk with the animals.

Like it or loathe it, “Sonic the Hedgehog” is certainly going to be memorable. The movie was initially slated for release in 2019, but was pushed back to February 14 2020 in response to a thoroughly negative reaction to the titular character’s CGI design. It remains to be seen whether fixing the Blue Blur will lead to a better overall film, but it’s nice to see a movie studio listening to its fans.

March 27 sees the release of “Mulan,” the latest in Disney’s ongoing efforts to remake all of their animated classics as live action blockbusters. The movie is purportedly undergoing major reshoots, and its lead actor Liu YiFei, has caused controversy by siding with the Chinese government against pro-democracy protestors in Hong Kong, leading to calls for a boycott. This will likely make very little difference – “Mulan” looks set to be the most financially successful movie of the year thanks to a massive potential Chinese audience.

John Krasinski returns to the director’s chair for “A Quiet Place: Part II,” coming March 20. The first movie was a surprise hit upon release, so many horror fans are eager to see what comes next in a sequel that carries on where its predecessor left off (to say any more would be spoilers for the first movie).

Scheduled for release on January 17, “Bad Boys for Life” will reunite Martin Lawrence and Will Smith for the first time in over fifteen years after “Bad Boys 2.” Michael Bay will not be returning to direct, but that may be no bad thing – co-directors Adil El Arbi and Bilall Fallah will be taking the helm instead, and a new perspective might be what’s needed for such an aging series.

A prequel to “Kingsman: The Secret Service,” “The King’s Man” swaps out Colin Firth for Ralph Fiennes as a smartly dressed secret agent. It remains to be seen whether the franchise will work without the delightful Taron Egerton in the leading role.

A wholly new premise from Pixar, “Onward” (slated for release on March 6) is set in a world where magic and the modern world coexist, with unusual results. With Tom Holland and Chris Pratt on hand as a pair of brothers trying to reconnect with their dead father, there’s a good chance this will be the kind of Pixar tearjerker that we’ve been denied in recent years.

It was all building to this: “Godzilla vs Kong,” debuting March 13, is the long-awaited clash between the two titular monsters. “Godzilla: King of Monsters” met with lukewarm reviews, so it remains to be seen whether this title fight will live up to the hype, but either way, it’s nice to see a studio take the time to build up their “Avengers” style crossover over several movies rather than jumping in at the deep end.

The twenty fifth “James Bond” movie, “No Time to Die” will release on April 8, and will feature Daniel Craig as the famous superspy, despite his previous insistence that he hates playing the role. He’ll be joined by the new 007, played by Lashana Lynch, in what will almost certainly turn out to be little more than a publicity stunt.

The Marvel Cinematic Universe will have a quiet year at the movies, instead lending its focus to television shows for the Disney+ streaming service. “Black Widow,” coming May 1, will be a prequel of some sort, and will star Scarlett Johansson alongside Rachel Weisz and “Stranger Things” star David Harbour.

Technically scheduled for release on May 8, there’s a good chance “Legally Blonde 3” might not actually materialize. We’ll have to hold out hope that the movie eventually materializes, but despite Reese Witherspoon and MGM insisting that this is coming in 2020, it’s looking less and less likely that the pieces will fall into place.

Having changed hands a lot over the past few years, the live-action “Barbie” movie is currently due on May 8. The film will feature Barbie (played by Margot Robbie) entering the real world, in a shallow but very late attempt to cash in on the success of "The Lego Movie."

Less than a year after the release of “Hobbs & Shaw,” “Fast & Furious 9” will hit theaters on May 22. Not much is known about the plot of the film, but it’ll likely feature Vin Diesel and a bunch of his closest friends driving fast cars and drinking product placements. You know the drill by now.

An adaptation of the young adult novel of the same name, “Artemis Fowl” (releasing May 29) represents Disney’s riskiest endeavor of the year (not including Fox-made properties like “The New Mutants” which might not actually get a cinematic release). A high concept sci-fi fantasy story about the elven military and a sympathetic child supervillain, this could easily be 2020’s “A Wrinkle in Time,” but at least it proves that Disney’s still willing to experiment a little.

Quite probably the most highly anticipated comic book movie of the year, “Wonder Woman 1984” releases on June 5, and reunites the dream team of director Patty Jenkins and lead actor Gal Gadot. Promotional materials thus far suggest that the film’s nostalgic Eighties setting will be used to excuse some bright, eye-catching color, DC finally having learned that visually dull movies don’t shine at the box office.

2020’s second Pixar movie, “Soul” will release on June 19, and will be yet another wholly original premise. Jamie Foxx and Tina Fey play aging disembodied souls, trapped in a training facility for younger, fresher souls that are preparing to be born. Is it possible that director Pete Docter is having a mid-life crisis? We’ll have to wait and find out.

“Top Gun: Maverick” is a sequel to the original “Top Gun,” which came out in 1986. Despite the enormous age gap, when “Maverick” arrives on June 26, it promises to feature Tom Cruise’s latest and greatest attempts to chase his unscratchable itch for death-defying stunts.

“Ghostbusters 2020” is not making the same mistakes as “Ghostbusters” 2016. The new movie, coming July 10, will be a continuation of the original duology, featuring Finn Wolfhard and McKenna Grace as a new generation of busters. Let’s see whether a certain segment of the internet finds this movie as repugnant as Paul Feig’s film.

Set for release on July 16, “Bob's Burgers: The Movie” will bring the cult favorite animated television show to the big screen. There’s a good chance that fans of the Belcher family will get a lot out of seeing them tell a larger, more cinematic story.

Movies based on theme park rides are often hit or miss. “Jungle Cruise,” coming July 24, could be one of the good ones – with Dwayne Johnson and Emily Blunt in the lead roles, Disney is no doubt hoping that this film will recapture the same glory as the original “Pirates of the Caribbean” by turning a generic Disneyland experience into an adventure film for all the family.

After decades of pre-production, a third “Bill and Ted” movie is finally nearly here. “Bill & Ted Face the Music” will debut on August 21, and will see the Wyld Stallyns in a mid-career slump, still trying desperately to write the iconic song that will lead to a most bodacious future.

Kenneth Brannagh returns to direct himself as Hercule Poirot in “Death on the Nile,” a sequel to 2017’s “Murder on the Orient Express.” The first of these Agatha Christie adaptations was stylish and visually arresting, so we’ll have to wait patiently until October 9 to see if Brannagh can pull of the same trick a second time.

Directed by Chloé Zhao, “The Eternals” has a wonderfully diverse cast for a Marvel movie, featuring actors including Salma Hayek, Kumail Nanjiani and the ever delightful Gemma Chan. One of Marvel’s more experimental comic brands, it’ll be interesting to see how the premise of outer space cosmic superbeings translates to the big screen when it debuts on November 6.

“Dune” is not going to be a big financial hit. Set to release on December 18, it will almost certainly bomb, as did director Denis Villeneuve’s previous Eighties sci-fi remake, “Blade Runner 2049.” In spite of its uphill battle to win ticket sales, considering Villeneuve’s previous work, this will likely become a cult favorite that is discussed by fans for decades to come.

The sequel to the massively successful "Avatar" film from director James Cameron was originally slated to be released in 2014. After many delays, the studio seemed to be set on a 2020 release date for a while until it was ultimately pushed back again to 2021. 12 years after the release of the original 'Avatar' film, it's questionable that the three planned sequels will be able to live up to the hype.