All the Differences Between the 3 Versions of ‘Pet Sematary’

Matthew Loffhagen
All the Differences Between the 3 Versions of ‘Pet Sematary’ May 7, 2019Leave a comment 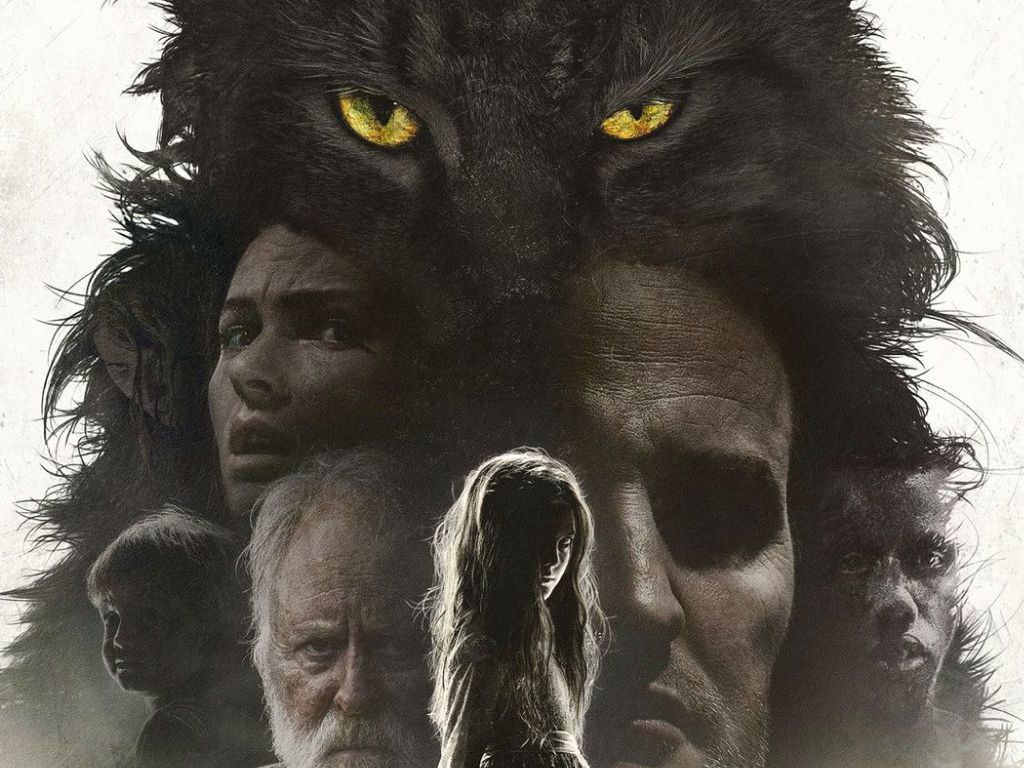 The story of "Pet Sematary" changes with each retelling. So here's a breakdown of the differences between the original novel, the 1989 film adaptation and the 2019 remake. But watch out for spoilers for all versions from this point on…

In both Stephen King’s book and the two movies, the story of “Pet Sematary” starts when the Creed family move to the spooky rural town of Ludlow, Maine. But, while in the book and the 1989 movie the family is moving from Chicago, the new 2019 film has them moving from Boston instead. It’s a little change, but it impacts the distance the family has moved, and how out of their element they feel in their new home.

One tidbit of information added by the 2019 movie is that it gives an explanation for the Creed family's move: Louis says he took his new job at the university so that he can spend more time with his family rather than working long hours in the emergency room.

In “Pet Sematary,” we get the character of Zelda, the dead sister of Rachel, the family’s mother. In the novel and the 1989 film, Zelda chokes to death when Rachel is at home alone with her as a child, due to complications of spinal meningitis. In the new movie, Zelda dies in a particularly gruesome scene that involves falling down a dumb waiter. Either way, her sister's demise sets off Rachel’s tremendous fear of death.

The character of Norma Crandall has never been fully translated to film. In Stephen King’s novel, the wife of Jud Crandall is a prominent figure in the story, and a lot of text is devoted to detailing her deteriorating health as a result of severe arthritis. Norma is missing entirely from the 1989 movie, and in the 2019 version, she’s a spooky ghost. Because a story about bringing people back from the dead didn’t have enough afterlife shenanigans, apparently.

In the novel, Louis and Jud hit things off very well, and Jud becomes a kind of surrogate father to him. They bond, drink beers together, and enjoy each other’s company. According to Jeff Buhler, the screenwriter for the 2019 movie, this relationship was axed for the latest adaptation as there just wasn’t enough time to do it justice, and attention was focused elsewhere. The Louis/Jud friendship is kind of in the 1989 movie, but you have to squint a bit to see it.

One change that does affect the quality of the storytelling in the 2019 movie is the speed with which Jud lays out all the details about the titular pet cemetery. In the novel, there’s a lot of buildup with Jud not really wanting to give too much away about the cursed burial ground too soon. In both the 1989 film and the 2019 remake, Jud is all too eager to get the plot moving forward, a symptom of condensing such a long story into a single two-hour film.

The character of Pascow is completely different in each version of “Pet Sematary.” In the original story, the zombie shows up once, briefly, to provide Louis with a supernatural warning that stuff’s about to get weird. In the 2019 movie he makes more than a single appearance. But, for whatever reason, this chilling character is used for comic relief in the 1989 film, as he repeatedly shows up, but is always unable to deliver his message of doom because wacky things happen.

Stephen King’s work often focuses on the pains of growing up, so it makes sense that “Pet Sematary” takes place over a full year, as the story moves between seasons. The 1989 film attempts to show the passage of time, but doesn’t dwell on it too much, while in the 2019 movie, everything happens at once, and there’s no time for growth or a slow boil.

The story kicks off proper when Winston Churchill the cat (Church for short) is killed in traffic, and Louis and Jud bury him in an ancient Native American burial ground. A lot of elements of this part of the story shift around in each version. For example, the 2019 film is smart enough not to refer to any specific Native American tribe when discussing the pet cemetery, because that obviously wouldn’t fly today. Sometimes vague is better.

In both the book and the 1989 film, Church dies while Louis is home alone, as Rachel and the kids are visiting her parents in Chicago. In the 2019 movie, Louis has to tiptoe around his family without telling them about Church’s death, although he does ultimately confide in Rachel before things get really nuts.

Likely the reason the 2019 movie has the whole family at home is because another key relationship is removed. In the novel, Rachel’s parents really hate Louis, and at one point her father even physically attacks him. Some (but not all) of this is present in the 1989 movie, but it’s clear that the writers of the 2019 film felt this relationship was superfluous to the story. All we get is a withering look from Rachel’s dad at one point. Otherwise, this family tension is ignored.

The novel describes Louis’ mindset as he and Jud go to bury Church as if Louis is hypnotized or drugged, i.e., he’s not meant to be in his right mind. There’s a single reference to this in the 2019 movie, as Louis points out how strangely good he feels about things while on the journey. But the 1989 film left this point out entirely.

It’s difficult conveying the power of the pet cemetery on screen. In the novel, Stephen King mentions again and again that the burial ground can convince people to act unusually; it has power over those nearby. But without being able to state this explicitly to the audience, the 2019 movie settles for creepy shots that establish something spooky and unnerving is present within the Creed home. The 1989 film simply skips over the idea that the family members are not in control of their own actions.

Perhaps one of the biggest changes in the story’s adaptation to the big screen is the lack of the Wendigo. In the novel, the villain of the piece is the Wendigo, a scary monster from folklore that convinces humans to turn into cannibals. In the 1989 movie, this idea is absent. Instead, there’s a strange, non-corporeal force pulling the strings. The Wendigo returns as the force behind the pet cemetery's power in the 2019 version.

The Return of Church

Because Louis is home alone for Church’s revival in the book and the original movie, it’s easy for him to hide the cat's death from his family. Not so in the 2019 film, which features a scene in which Rachel and Louis try to explain to Ellie that Church has gone, only for her to say no, the cat’s in the house, everything is fine.

There's a problem with Jud’s explanation of the pet cemetery in the films. In the original book, Louis asks Jud to explain Church's return, and Jud tells a story about how his childhood pet, Spot. An angry dog in life, Spot died and was buried in the pet cemetery. But Spot returned from the dead with his personality revered. He was no long vicious, but was instead quiet, slow and kind of empty. Spot eventually died of old age. In the 1989 and 2019 films, things are flipped around: Spot comes back from the dead as a weirdly evil dog. (He’s called Biffer in the 2019 movie for no particular reason, as that's the name of another dead animal in the book.) While this is more dramatic, it does create a problem of logic. If Jud knows that burying Church at the burial ground will create an evil zombie, why does he think it’s a good idea?

The Legend of Zelda

The original book and the 1989 movie make reference to Rachel having regular nightmares about her dead sister, Zelda. The 2019 film takes this a step further, almost making Rachel a ghost that is haunting her sister, and blurring the lines between standard nightmares and real-world ghostly apparitions.

In the book and the original 1989 movie, we get a very clear cautionary tale about why it’s not a good idea to bury people in the pet cemetery in the form. Timmy Baterman, a man who died in World War II, was resurrected by his father and came back wrong. In the book, he’s mostly just really creepy, driving his father insane. In the 1989 film, he’s a cannibal who is stopped only when a young Jud burns his house down with Timmy in it. Timmy is almost entirely absent from the 2019 movie, save for a single blink-and-you’ll-miss-it visual reference in an old newspaper that doesn’t fully prepare the audience for what’s coming.

The final act of the new movie is where everything changes compared with earlier versions of the story. In both the book and the 1989 film, the Creeds’ youngest child, the toddler Gage, is killed when he’s struck by a car. (The real villain of the story is apparently a lack of road safety education.) In the 2019 movie, there’s a surprising switch: Ellie is killed by a car instead of Gage.

In all versions of the story, Louis makes the unwise decision to bury his dead child — Gage in the novel and the '89 movie, Ellie in the 2019 movie — in the pet cemetery, and they come back from the dead seeking blood. In all three stories, this zombie kid murders Rachel. But in the book and the first film, Louis kills the kid before burying his wife in the pet cemetery. In the 2019 movie, it’s zombie Ellie who buries Rachel and causes her to come back as a zombie herself.

The original book ends rather ambiguously. After Louis buries his wife in the cemetery (bad idea), she returns late at night and simply puts her hand on his shoulder. In the 1989 movie, the pair share a kiss before Rachel, as the film cuts to black, attacks Louis with a knife. The newest film goes further, showing Rachel killing Louis and burying him in the cemetery before he also returns from the dead. The only character who survives in Gage, subverting the expectations of anyone who remembers the older versions of the story.