Karla Pavelka
Photo Album Reveals the Life of an Unknown Woman Who Knew All of Hollywood’s Biggest Stars February 26, 2020Leave a comment 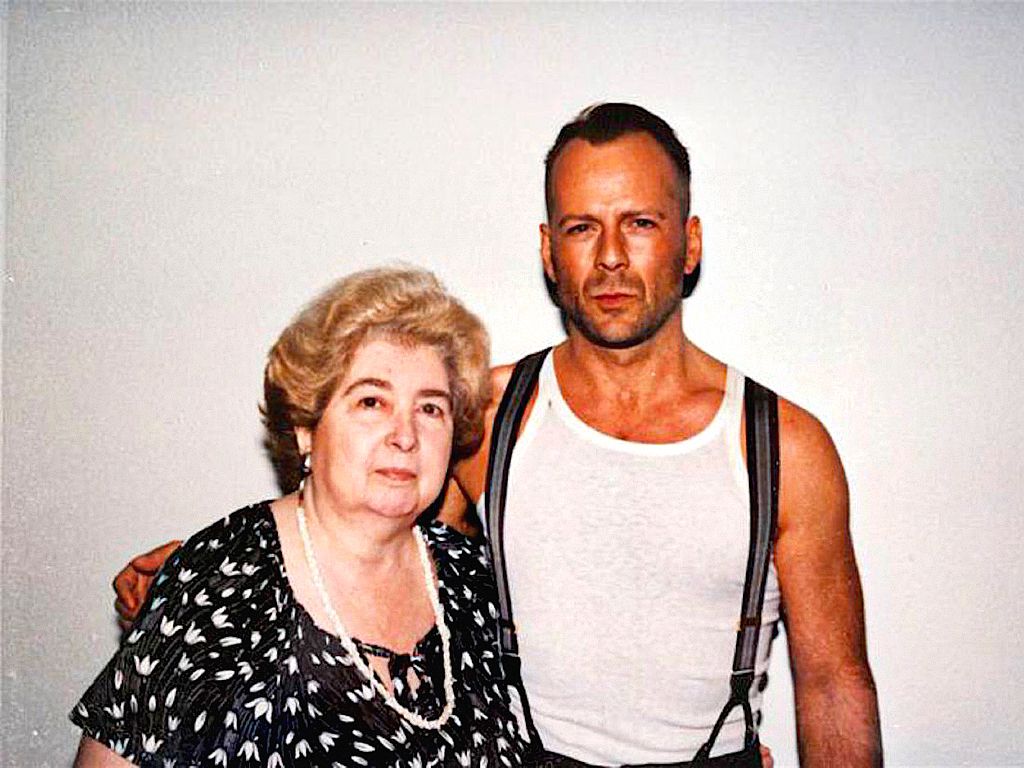 A photo album appeared in a thrift store in Belgium in last year. In it was a mystery woman, surrounded by the who's who of Hollywood. From Oscar winners to global icons and the greatest performers of this generation, this woman had met them all. Find out who she was and how this seemingly normal photo album started a search for the identity of an amazing woman.

A thrift store in Belgium was facing a mystery. Opnieuw & Co, in Mortsel, had a strange find. Someone had dropped off a photo album. But it wasn't just any photo album. Inside the rose-covered album were a lifetime of personal photographs. But, anyone could recognize the faces in the discarded memento.

The Lady at the Heart of the Mystery

A Badge Was Visible

One of the photos answered part of the mystery. In one photograph, a badge the woman was wearing was visible. It was a name badge. The woman's name is Maria Snoeys-Lagler. But now that this information was known, would the thrift store be able to locate the woman or find out the details behind these photographs?

How did Snoeys-Lagler manage to hob nob with all these stars? The photo album was a who's who of Hollywood. There were celebrities from both film and television. Who gets to rub elbows with so many famous people?

A Member of the HFPA

Snoeys-Lagler was a member of the HFPA— the Hollywood Foreign Press Association. If the name sounds vaguely familiar, you may have heard it in a "thank you" speech or two at an award show. Members of the HFPA decide who wins the Golden Globes each year. Although that might be how most people know them, that's not all they do.

Sharing Movies with the World

The HFPA is a non-profit organization. It's made up of journalists and photographers who report on the entertainment industry. However, they primarily do their reporting outside the U.S. They work to raise Hollywood's profile around the world.

Snoeys-Lagler was born in Belgium. Although the album ended up in Mortsel, she was born in Antwerp in 1923. She later married John Snoeys, a reporter. In 1953, the couple moved to Los Angeles, where Maria would find her way into a job that would lead her to mingle with Hollywood's elite.

Both Snoeys-Lagler and her husband became members of the HFPA. During the 1980s, Snoeys-Lagler was treasurer for the association. In 2004, she received a lifetime membership. It's quite the achievement as the HFPA is a very exclusive group.

There are only 90 members of the HFPA. Only five journalists can be admitted every year. Despite the group's small size, they reach a lot of people. The 90 members hail from 55 countries, and through their publications, have a reach of 250 million people.

Snoeys-Lagler's husband died in 1975. At the time of his death, he was a columnist for Humo, a Belgian magazine. After his death, the magazine needed someone to take over, and Maria stepped up for the role.

She Was the Replacement

Snoeys-Lagler took on her husband's role at the publication. For the magazine in Belgium, she wrote about entertainment. She also wrote about what life was like as a Hollywood reporter. Given her photos, it seems like she got to experience the very best of the famous city.

She Was "Fierce and Friendly"

Guy Mortier, Snoeys-Lagler's former boss, had glowing things to say about her. He said she was, "a fierce and friendly lady with the most infectious laugh." She was fierce indeed. She wrote for nearly three decades before she retired.

The End of an Era

Snoeys-Lagler only ended her career in 2010. Amazingly, she was 87. Her daughter said, "She wanted to keep going, but her magazines thought it would be better for her to quit. She loved her job and was proud of the work she did.”

Snoeys-Lagler died in 2016. At the time, she was 93 years old, and living in Switzerland. But how did the album get away from her family in Switzerland to end up in Belgium? Nobody knows.

When the thrift store received the album, they posted some of the photos inside to their Facebook page. They knew Snoeys-Langler's name from her badge, but were hoping to track down some family because they knew the album had sentimental value. So, they wanted to find someone who would appreciate it.

The photos soon went viral. Eventually, Snoeys-Lagler's daughter, Rita Radowicz, found out about the post. But how the pictures ended up where they did were just as much of a mystery to her. “Those pictures had a lot of sentimental value to my mother," she said. "How on earth did those pictures end up there?”

The Answer is Still a Mystery

The store is just as baffled. "We still have no idea how the album got to us," a spokesperson from the store said. "We are a thrift store and we rely on donations to fund our social workplace (we provide refugees and people who can’t find a job with work). That means someone probably dropped it off at one of our shops in a box full of other stuff as well."

"One of our people browsed through the album and realized this was not something that someone would get rid of voluntarily," they said. "We figured out the lady’s name through her press badge in one of the photos. Then, one of our country's national TV stations used their contacts and located her daughter in California. Nobody has any idea how the album ended up here."

Elisabeth Vermeulen, the spokesperson for the thrift store, has a theory. Their guess is that a family member dropped off the album by accident. “The theory is that the album belonged to one of her cousins who died recently," she said. "That seems to be the most plausible explanation at this moment.”

Since the album went viral, several family members have contacted the thrift store. Each has requested the album. But with multiple requests, the thrift store has a solution. There's only one thing that's fair.

The thrift store is leaving it up to Snoeys-Lagler's daughter to decide where the album should go. "We have e-mailed her and asked her whether she wants us to mail the album to her, or give it to her cousins in Belgium," Vermeulen said. "We haven’t heard back from her yet."

There's more going on than an album being reunited with its owners. It's reuniting a family. "We did hear from one of Maria’s cousins who told us she would love to get back in touch with her family," Vermeulen said. "It’s great that this little album was able to bring these family members back together after all these years.”

Snoeys-Lagler's boss praised her personally, as well as professionally. When his daughter Martine was visiting America, she went to Los Angeles. While there, Snoeys-Lagler took her to see a special screening of a Dominique Deruddere film. Snoeys-Lagler made an impression on a lot of people.

A Woman Who Loved Her Job

Snoeys-Lagler's prolific career with the HFPA is immortalized through her posthumous fame. The photos she took with great care through her life are now providing joy to the world. Her daughter thinks she would have loved it. “Mom would be ecstatic if she knew she’d be a hot topic in Belgium right now. She loved her job and was so proud of the work that she did," she said.