The Least Successful Movies of the ’90s

Matthew Loffhagen
The Least Successful Movies of the ’90s August 28, 2019Leave a comment 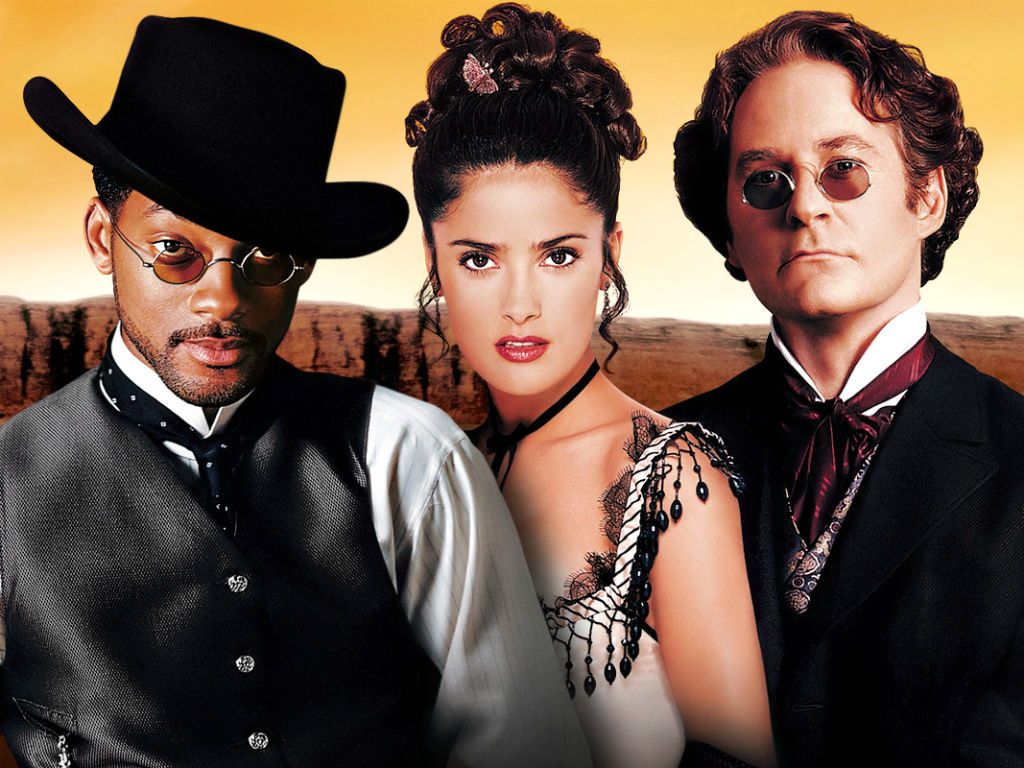 The '90s was an odd time for cinema, perhaps the final decade before longrunning franchises became the mainstay of the industry. Some weird movies got made during this period, and a lot of them were really, really bad.

Kevin Costner has gills and drinks his own urine. There’s a reason why “Waterford” is still considered one of the worst movies of all time.

“Star Wars: Episode I — The Phantom Menace” is not an irredeemable movie when viewed in isolation, but considering its legacy, there was never any way that the first “Star Wars” movie in 15 years was going to satisfy longstanding fans.

“Cutthroat Island” was meant to usher in a new era of pirate adventure movies. Instead, this bloated, awkward mess basically destroyed Geena Davis’ career as a Hollywood A-lister, and as such, the movie should never ever be forgiven.

“The Rocketeer” is about a pulp adventure hero in a cool mask who fights Nazis. Everything in this story is gold, and yet, Disney still managed to make this comic book adaptation boring and slow.

Arnold Schwarzenegger plays essentially a parody of himself in “The Last Action Hero,” a send-up of classic ‘80s action movies. The problem? It came out in the ‘90s, so its core premise was dated right from the start.

One of the biggest disaster movies of the era in more ways than one, 1998’s “Godzilla” is a weak imitation of Japan’s classic monster franchise. Fans of the series call this kaiju “GINA;” Godzilla in Name Only.

“Highlander” remains a powerful, engaging fantasy epic about immortal humans fighting to crown a supreme winner. The movie wrote the franchise into a corner by leaving only one immortal left alive, so the sequel, “The Quickening,” is something of a sci-fi reboot featuring brand new lore focusing on aliens. It is, to put it mildly, nonsense.

Competition between Schwarzenegger and Stallone during this era was so intense that the two would reportedly often attempt to sabotage each other. Rumor has it that Schwarzenegger made a lot of noise about desperately wanting to star in “Stop! Or My Mom Will Shoot” in order to trick Stallone into taking on a dud. Whether this is true or not, the movie definitely dented Stallone’s career.

It’s hard to separate the original “Crow” from the drama that surrounded its production, as Bruce Lee’s son Brandon was killed under mysterious circumstances. “The Crow II: City of Angels” was less tumultuous to film, but was also a lot less interesting once it was actually finished.

The ‘90s saw a speculator bubble destroy the comic book industry, with Marvel filing bankruptcy when the bottom fell out of the market. “Spawn” was one comic that a lot of people wasted money on, and its inevitable movie adaptation failed on every conceivable level.

While “Buffy the Vampire Slayer” the television series went on to critical acclaim in the ‘90s, the movie that it was based on didn’t fare quite as well. Audiences failed to connect with the film’s highly cartoonish and camp sense of humor and it has widely been regarded as difficult to watch without cringing.

The original “Blues Brothers” is a perennial classic, so it makes sense that it eventually got a sequel in the form of “Blues Brothers 2000.” Alas, as John Belushi had passed away, John Goodman had to sub in for him, and the result doesn’t exactly live up to the original movie’s legacy.

Widely considered at the time to be the movie that killed the superhero movie genre (we all know how that turned out), “Batman and Robin” channels the original ‘60s TV show with its liberal use of colorful costumes and atrocious ice puns. This could be forgiven, but the constant changing of costumes makes it clear that this movie is a toy commercial first and foremost.

“The Cable Guy” very nearly killed Jim Carrey’s career. Considering that he was pretty much the biggest comedy movie star on the planet at the time, this was quite the achievement. The plot involves Carrey as the titular cable guy, who forces his way into Matthew Broderick’s life, ruining it in the process.

A movie about a dad who becomes a ghost (duh), “Ghost Dad” got a kicking from critics at the time of its release. It had its fans for years who insist that, at the very least, it’s a solid performance from lead actor Bill Cosby, but nowadays? Nobody really wants to try and defend it on these grounds anymore.

Bad news, ‘90s kids: if you loved “Mighty Morphin’ Power Rangers: The Movie” but you haven’t watched it again in a while, you might not enjoy trying to sit through it again. In what feels like a very long TV episode, the Power Rangers have to fight the terrifying Ivan Ooze, whose master plan is basically to just cover the world in pink gunk. Hey, if it’s good enough for “Ghostbusters 2,” it’s good enough for Tommy and friends.

The scriptwriter for “Super Mario Bros” has since admitted that his research involved playing the original NES game for about two hours, and it really shows. This movie had a famously troubled production, Bob Hoskins broke his hand on set and resorted to drinking heavily between takes, and the result is a garbled mess that in no way resembles it’s charming source material.

What do you get if you take Jesse from “Saved by the Bell” and drop her into a story about the seedy Las Vegas underbelly? It turns out, you get a slog of a film that tries to be edgy but just ends up feeling stupid.

“Speed” (also known as “The Bus that Couldn’t Slow Down”) is a surprisingly good action film about a slow mode of transportation that has to keep moving fast. The same formula, when applied to a cruise ship in “Speed: Cruise Control,” simply does not work. Perhaps it’s the lack of Keanu Reeves this time around.

Popular bands appearing in movies is nothing new. “Spice World,” though, doesn’t even try to make things interesting, with a very empty plot that ostensibly follows the Spice Girls as they travel around in an impossibly giant tour bus, through a series of empty misadventures including a five minute segment where they all fantasize about what it would be like to have babies.

“Toys” was Robin Williams’ passion project, and he fell out with Disney when marketing for “Aladdin” overshadowed this odd little movie about a military chief becoming the owner of a giant Willy Wonka style toy factory. Too silly for grown-ups, too cynical for kids, there is no real perfect audience for “Toys,” which is probably the real reason why Williams is remembered as the Genie, rather than as the star of this film.

Will Smith re-teaming up with the director of “Men in Black” for a sci-fi action comedy with cowboys? What could possibly go wrong? While “Wild Wild West” is pretty atrocious (there are some lynching jokes that were already in bad taste when the movie was first released) it has at least achieved cult status as a movie that’s so dumb it’s kind of fun. It also had a great Will Smith rap.

Sylvester Stallone’s take on a classic comic book character in “Judge Dredd” left many people very unhappy. This adaptation is not particularly faithful to the source material, not least because the titular Dredd keeps taking off his mask and yelling about upholding the law – very out of character for the 2000AD comic book Judge Dredd.

“Mr Magoo” is so bad that Disney only screened it for about two weeks before pulling it from theaters. This was in large part because the story, of a vision-impaired millionaire who gets into comical scrapes because he can’t see clearly – was far more controversial than Disney had expected.

“Baby Geniuses” is cut from the same cloth as “Look Who’s Talking,” exploring the age-old question, what if babies could talk? Alas, “Baby Genuises” is not fondly remembered, but its plot, of an evil scientist experimenting on orphan babies to fund a theme park, is peak ‘90s.