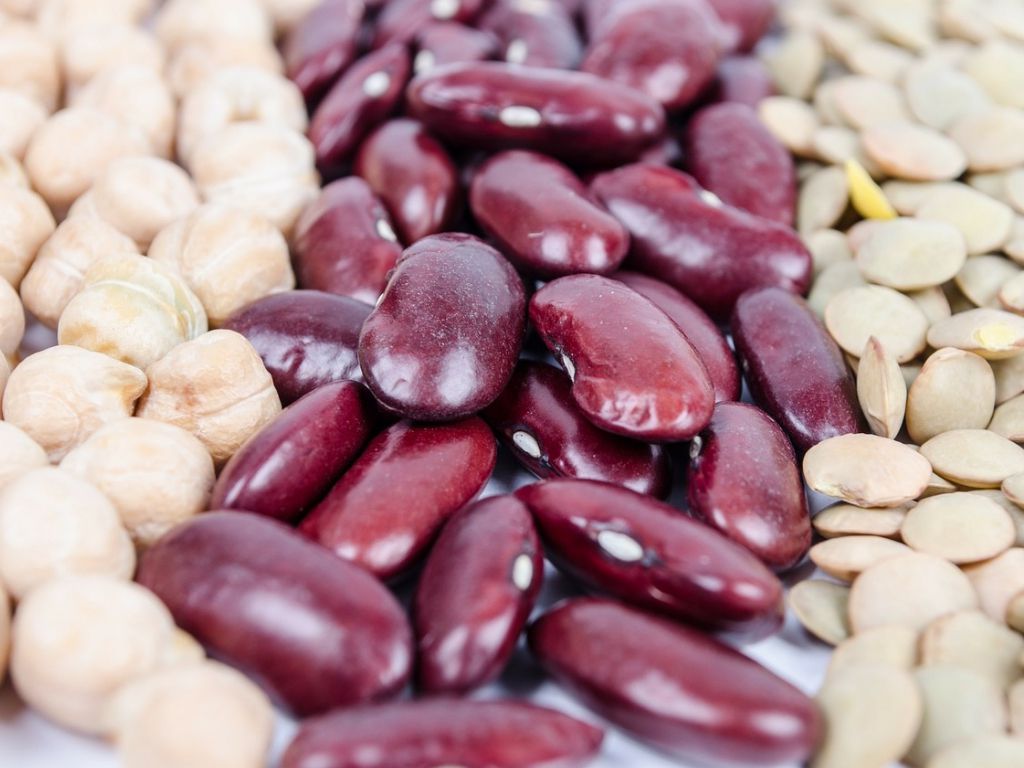 Every few years, a new fad diet grips the world. Right now it's the anti-lectin diet, proposed by cardiologist Dr. Steven Gundry in his book, "The Plant Paradox." So can this diet really cure the many diseases that Gundry claims? Here's a breakdown of the science behind the anti-lectin fad...

The current anti-lectin diet fad was kicked off by cardiologist Dr. Steven Gundry, who in 2017 published “The Plant Paradox,” a diet book that blamed lectins for many common health problems including allergies, stomach upsets and even obesity. While Gundry has gone on to assert that his science is accurate, his book has created a lot of debate over the matter as many prominent experts disagree with him.

Lectins are present in many common foods. They’re most prevalent in legumes such as beans and peas, and they’re also present in grains, nuts, fruit and nightshade vegetables including eggplant, tomatoes and potatoes. Dairy also contains lectins, so this controversial foodstuff is present in a lot of people’s ordinary diets.

According to Gundry, the evidence speaks for itself. By following his anti-lectin diet, Gundry has lost around 70lb – or so he claims. If true, this is an impressive achievement, but a single isolated case doesn’t necessarily prove that the diet works, especially if this case study is the man who invented the diet (and who is trying to sell it to people). Luckily for Gundry, he has a very high-profile supporter…

Famous singer Kelly Clarkson has come out in support of Gundry’s anti-lectin diet. According to Clarkson, she lost a not insignificant 37lb when she started cutting lectins out of her diet. Clarkson now swears by the diet, as she attributes it not just to weight loss, but to curing an illness.

Clarkson initially undertook Gundry’s anti-lectin diet in the hopes of treating a thyroid problem. Apparently, not only did this illness clear up, but she also found herself suffering less from autoimmune allergies. Clarkson now insists that her lectin-free diet means that she no longer needs medicine that a doctor prescribed her to deal with her thyroid issues.

The Problem With Proteins

Many foods that contain a lot of lectins, such as beans, are difficult for the human body to eat raw. For this reason, we tend to cook lectin-rich food to soften them; a process which successfully breaks down much of the lectin present in the food. After cooking, the body can handle this food just fine - in theory.

According to proponents of Gundry’s diet, difficult-to-digest lectins are responsible for a host of illnesses, including autoimmune disorders, stomach problems, bloating and allergies. Lectins are also believed to be influential in the development of diabetes and even arthritis, but the main purpose of Gundry’s book is to attempt to tie lectins to obesity and the unnecessary storage of excess fat.

Despite being a cardiologist by trade, Gundry has long been attempting to make a name for himself in the diet market. “The Plant Paradox” is actually his second attempt – in 2008, Gundry published “Dr. Gundry’s Diet Evolution: Turn Off the Genes That Are Killing You and Your Waistline.” This book does not mention lectins, and instead proposes a diet of raw food and low sugars.

In 2006, Gundry published an academic paper detailing some of his claims about the power of lectins, arguing that a lectin-free diet can reduce the risk of heart disease and metabolic issues such as high blood pressure, high cholesterol and excess body fat. This paper is based purely on Gundry’s own theoretical hypothesis, but this doesn’t stop him from citing it in “The Plant Paradox.”

The primary piece of clinical evidence that Gundry points to is a study that shows the negative effects of lectins on the stomach health of mice. Gundry’s interpretation of this data is somewhat suspect, but the bigger issue is that this one isolated study on rodents isn’t strong enough evidence to prove that lectins are necessarily harmful to humans.

The big problem with Gundry’s claims surrounding lectins is that there’s no concrete medical proof to back them up. In the scientific community, in order for a theory to be accepted, it needs to be proven repeatedly in separate clinical studies. Without a large body of medical trials that show the same results, it’s hard to know for certain whether the anti-lectin diet holds up.

To Diabetes or Not to Diabetes?

Medical data to support Gundry’s diet is woefully limited. The closest thing that exists is a pair of theoretical papers, written in 1999 and 2006 respectively, which suggest that lectins might be responsible for the development of diabetes.

The 1999 paper notes a “Healthy eating day” in 1988 where a hospital served copious amounts of improperly prepared kidney beans that soon led to doctors vomiting in the operating theater. While this story is dramatic, it lacks wider application, as well as proof that lectins were responsible for the vomiting bug.

Why Don't More People Get Sick?

This, essentially, is the argument that the anti-lectin diet can’t overcome: if lectins are so potently poisonous as to give people diabetes, why don’t more people fall ill? Why are some people able to deal just fine with eating beans when others are apparently so negatively affected?

While there’s no clinical evidence to suggest that lectins are harmful, there is evidence proving that lectin-rich food is actually beneficial for those trying to lose weight. A 2017 study found that participants who regularly ate legumes such as beans and peas lost more weight than those who didn’t. This clinical trial seems to prove the exact opposite of Gundry’s claims.

More Evidence in Favor of Beans

A single study isn’t enough to prove anything, but the weight of evidence supporting the consumption of legumes is staggering. A similar study in 2016 also found that pulses are very effective at helping dieters to lose weight, which isn’t surprising as the science of these vegetables is already very clearly understood.

The Power of Protein

Pulses and legumes – beans, peas and lentils – contain high levels of protein. When the body eats protein, it feels satisfied, which triggers the release of chemicals into the brain telling the body to stop eating. Thus, eating the high-lectin foods that Gundry’s diet forbids is an effective way of reducing a person’s appetite so they eat less, and only consume healthy food.

While there is no clinical evidence to prove that the Plant Paradox diet will help you lose weight, it’s not hard to imagine that it could be effective. The most likely reason for this is that if you’re cutting out all foods containing lectin – beans, potatoes, tomatoes and even dairy – you’re probably going to heavily reduce your food intake. Certainly, giving up dairy (and therefore chocolate, ice-cream and cheese) will no doubt make a positive impact on your waistline, but it’s not necessarily because of lectins.

A more effective, healthy method of losing weight is to reduce the amount of calories you eat in a normal day. Smaller food portions, as well as eating high-protein and high-fiber foods that fill you up so you don’t get hungry, will help you shed pounds without engaging in a starvation diet. The best thing you can do it cut out sugar (especially processed sugar) as the body immediately stores excess sugar as fat.

It’s worth noting that some people may well experience health benefits from a reduction in lectins. It’s very possible that people may suffer from an intolerance or allergy to legumes or other foods which could be served by reducing their consumption. That said, there’s currently not enough solid, incontrovertible scientific evidence to support this practice. If reducing your lectin intake makes a difference to your health, that’s great – but it might not necessarily be the lack of lectins that actually helps you to feel better.

So what possible reason could Gundry have for pushing an anti-lectin diet in spite of clinical evidence to support his claims? Simple: there’s money to be made from selling diet books. A lot of money. No matter the diet, no matter the fad, it’s worth bearing in mind that so-called experts will often attempt to sell a certain diet plan, cookbook, or supplement in order to make money. Researching the science behind fad diets is never very hard with Google at your fingertips, so it’s always worth checking what a wide variety of experts say before committing to any radical diet.