5-Year-Old Pulled Out of Class For Not Following the Dress Code, Despite Her Conservative Outfit

Sophie Dunne
5-Year-Old Pulled Out of Class For Not Following the Dress Code, Despite Her Conservative Outfit March 4, 2020Leave a comment 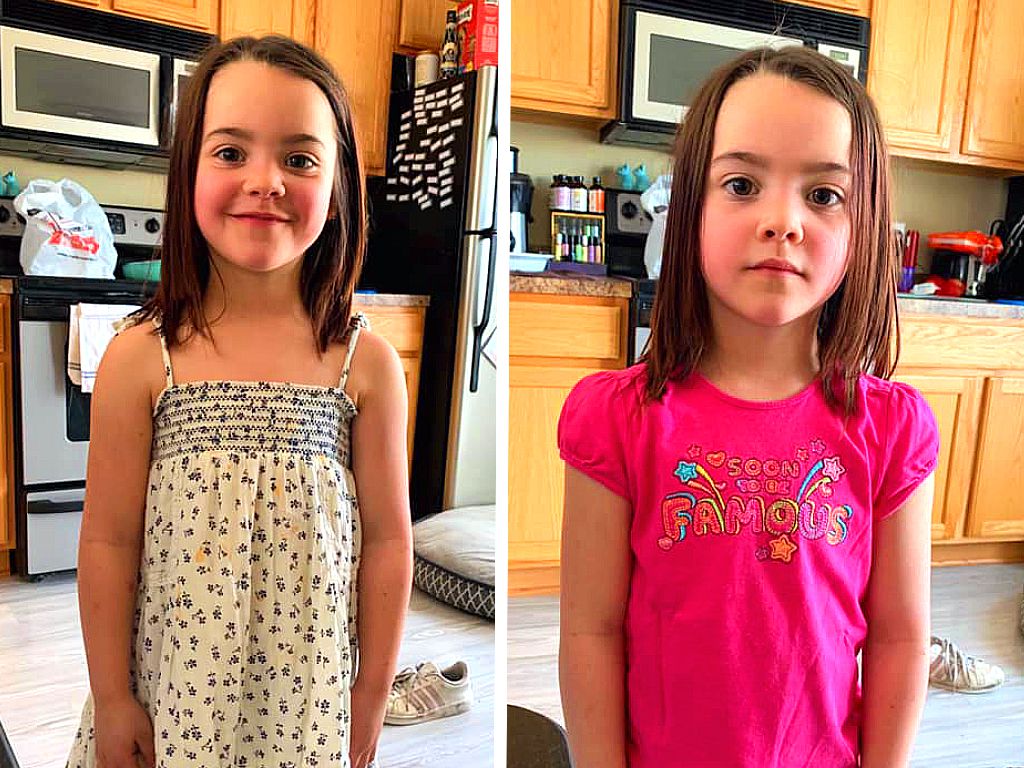 When a kindergarten student in Minnesota was removed from class for dressing too inappropriately, her mother took a stance against the school for demeaning her 5-year-old daughter. The mother also expressed her views on social media, where her opinions were met with resounding praise.

Women have always been the target of criticism and belittlement for the clothes that they wear. Society has taught the world to scrutinize female clothing trends and label fashion choices as "inappropriate." So, it's no surprise that last year, a young girl was subject to the same injustice.

A 5-Year-Old's Outfit Was Considered Inappropriate

Emily Stewart is the mother of a 5-year-old daughter and she recently voiced her concern after her daughter was involved in an incident during school that deemed her clothing too inappropriate. Stewart called out the school's dress code for associating certain clothing with promiscuity and has since fought for change.

She Was Told to Leave Class

After a week of snowstorms and blizzards, 5-year-old Harmony was excited to wear her new summer dress that her grandmother had bought for her to school, but she was not prepared to be booted from class because of it.

She Wore a Summer Dress

In a Facebook post, Harmony's mother, Emily Stewart described what she dressed her daughter in that morning: "I knew the weather would be nice today. I sent her to school with a light sweater over her dress and jeans underneath it. It's a new dress that her grandma got her and she really wanted to wear it."

It Was a Sunny Day Out

"We live in Minnesota and having 65 degree weather in April a week after a snow storm is everything to us in the Midwest," the mother wrote on Facebook. "So, I thought 'yeah it will be nice out you can wear a dress.' And that was the end of my thinking." Stewart had no idea that when her child walked into class, she would be told that she needed to cover up.

The School Gave Her a New Outfit

When Stewart picked her daughter up from Hugo Elementary School, she quickly realized her daughter was wearing different clothes than she had left the house in that morning. She asked her 5-year-old what happened to her dress and was shocked when her crying child told her what happened.

The Nurse Told Her to Cover Up

When Emily Stewart asked her daughter why she was not wearing the clothes that she had been dressed in that morning, Emily became speechless hearing her daughter's reply. Harmony had been pulled out of class and was sent to the nurse's office where she was told to "cover her body."

Her Bare Shoulders Were Exposed

After being told by the nurse to cover up, the kindergartener was given a t-shirt to wear that covered her shoulders and the child was told to remove her floral dress. Upset and confused, the 5-year-old did not understand the reason why she had to change her clothes. However, her mother quickly understood that her daughter had been the subject of yet another case of girls being accused of dressing inappropriately.

Her Mother Was Furious

When Emily Stewart finally got her daughter home, she was completely appalled that adults would think this way about the clothing of a child. The furious mother had felt firsthand just how warped society really is that it would take a child from class where they were learning, all because their shoulders were not covered.

She Knew Why Her Daughter's Outfit Was Scrutinized

Over the years, rigorous dress codes enforcing female students in schools in the U.S. to dress appropriately have become considerably strict. School staff across the country impose these dress codes without acknowledging that they are inadvertently demeaning their students, which is exactly what this Minnesota mother was calling her child's school out on.

Stewart took to Facebook to voice her concern and to call out the school for demeaning a young girl's body. She wrote, "It didn’t occur to me that an adult would look at my 5-year-old child and think that wearing a dress was inappropriate."

She Wanted to Hear From Other Parents

When Stewart asked her daughter why she was wearing a t-shirt, the 5-year-old said that the nurse told her she "needed privacy." The kindergartener started bawling when her mother asked her how it made her feel to hear the nurse say that to her. "She said to me 'I don’t know why they told me I couldn't wear my dress, it was super embarrassing.'"

Are Outfits More Important Than Education?

In her Facebook post, Stewart continued to voice her concern, "How do I teach a little girl that what she wears and her appearance is not nearly as important as her education and self development when things like this happen" Facebook users were quick to jump in with their opinions, some in support of Stewart's argument, while others were in favor of the dress code.

On Facebook, one woman commented on Stewart's post, "How ridiculous! I don't know where our world is going with all of this," while another commented, "Follow the rules or take her out of school and home school her. Problem solved. Let her wear her bare shouldered dress at home if it's that big of a deal to you." Another Facebook user even wrote, "If she were a teenager ok, could be inappropriate."

She Continued to Ask Questions to the Public

"What exactly is private about a 5-year-olds shoulders? Why is it ok to put my daughter's bare shoulders before her education?" Stewart continued on Facebook. "Why was her dress looked at as an inappropriate outfit to begin with? She is five, why is she being [criticized]?"

In an interview with Fox9, Stewart explained, "My immediate reaction was to be kind of upset. I think that when we're talking about the body of a little girl and determining what's appropriate and what's not, you need to talk to the parent because that's a violation of her privacy and her body without consulting anybody."

The Principal Could Not Explain The Dress Code

Stewart approached the school for answers as to why her child's outfit was changed without the teachers ever contacting her parents. "We simply asked the question, 'Why is this rule in here?' And the principal did not have an answer for us," Stewart explained.

At the time of the incident, the school had strict rules in place that forbid students from wearing "spaghetti straps." However, Emily Stewart was calling for a change. "I do think that just because there are rules in place, it doesn't mean it's okay," she added.

The Principal Spoke Out

In response to the incident, the school's principal Jason Healy told Fox9, "We are reviewing our protocols at Hugo Elementary. The student dress and appearance policy have been an item of discussion this year in White Bear Lake Area Schools."

Stewart's efforts to change the way schools view children's clothing were successful as she later updated her Facebook post highlighting the important changes made to her daughter's school's dress code. "Making noise WORKS!!!!!! This email is from the principal of Harmony's school. There is no longer [that] rule!!!"

The School Board Changed the Dress Code

The principal of Hugo Elementary, Jason Healy, emailed Harmony's mother to inform her that the school's dress codes were revised and changed. The new dress code removed, "Tank tops should have straps that are at least one inch wide (no spaghetti straps, please)." As well as, "Tops/pants should not show stomach."

Society Has a Lot to Learn

Stewart's fight against dress codes that demean students is a gradual stepping stone towards eradicating the outdated view that showing skin is inappropriate, especially in the case of a five-year-old. Stewart's protection of her daughter from body shaming shows us that we still have a long way to go before society stops thinking of women as "inappropriate" when they wear a certain outfit.

Stewart’s fight for change comes at a time when many other female students across the country are being removed from class because of their outfits. Schools need to get rid of their out-of-date dress codes and focus on academia so that girls can learn history and science without being called out for their clothing.