Dumbest, Most Desperate, Most Tone-Deaf Corporate Sales Promotions Ever

Matthew Loffhagen
Dumbest, Most Desperate, Most Tone-Deaf Corporate Sales Promotions Ever May 15, 2019Leave a comment 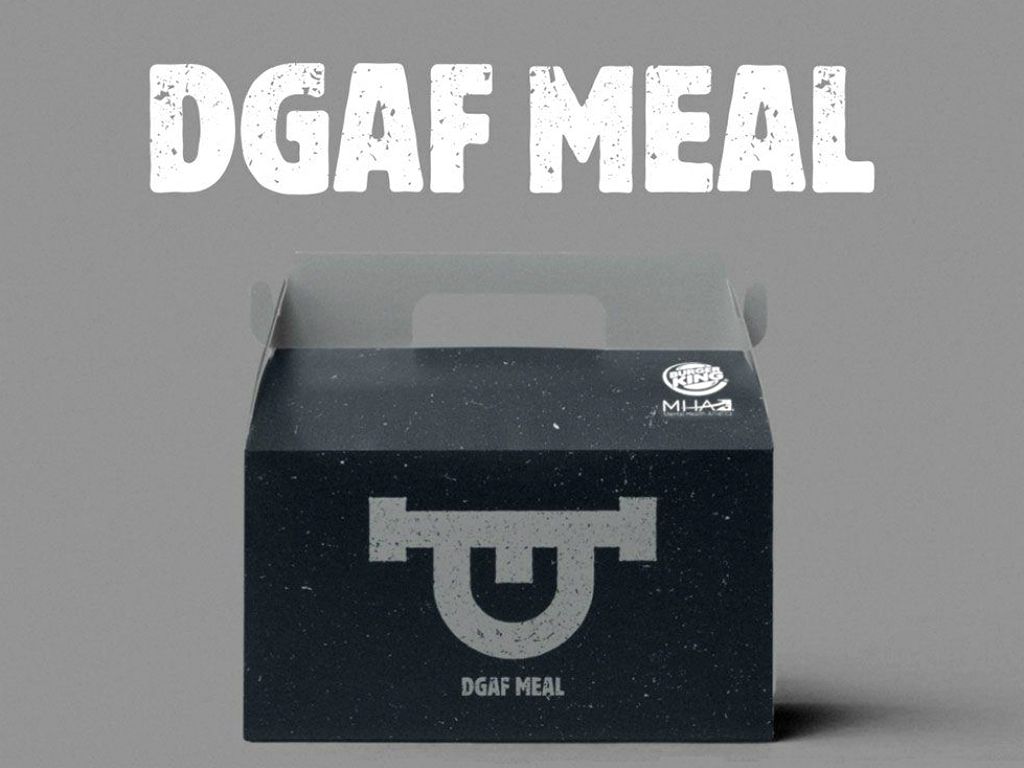 In the spring of 2019, Burger King announced its so-called "Real Meals." The backlash was instant. Critics took offense at a company trying to monetize mental-health awareness. But it was hardly the first time a corporation cynically tried to capitalize on "wokeness." Here are some other ridiculously poorly thought-out corporate promotions from the past...

Burger King’s new range of “Real Meals” (colloquially called Unhappy Meals) must have seemed like a good idea to someone. The logic behind these five color-coded meals seems to be to appeal to a more contentious consumer base that are open about their emotions, but in the eyes of many online commenters, this just seems like a lazy attempt to appear “woke.”

"Real Meals" don't represent the first time Burger King parodied their biggest competitor’s classic kids' meal. On Valentine's Day in 2017, a single Burger King store in Tel Aviv, Israel, offered customers the Adults Meal, which came with a pair of Whoppers, fries, drinks and a “romantic toy” designed for use in the bedroom. The campaign lasted only four hours, but it gained worldwide media attention because it was so ridiculous.

Burger King isn’t the only restaurant chain to make an adult Happy Meal. McDonald’s has also swam in these waters, creating the Go Active Happy Meal in an attempt to fix its literally unhealthy public image. Instead of a toy, customers received a step counter to help them increase their mobility, and instead of tasty food, they got salads. But nobody goes to McDonald’s for salad, and the campaign died quickly.

All White Skittles for Diversity

Skittles really missed the mark in promoting a special Pride-themed version of their classic candies. According to a spokesperson, the logic behind these all-white Skittles was to allow “Pride’s rainbow to take center stage.” Commenters quickly pointed out that celebrating diversity with a bag of all-white Skittles is an incredibly backwards and stupid idea.

The New Coke debacle is perhaps the most ‘80s story of all time. In an attempt to win back sales ground lost to Pepsi, Coca-Cola stopped selling their familiar cola recipe, replacing it with a “New” Coke that was far sweeter. Nobody liked the new version, and Coca-Cola suffered a massive drop in sales. The company soon returned the original formula to store shelves, redubbing it "Coca-Cola Classic." Sales skyrocketed. Many people still believe the whole thing went exactly to Coca-Cola's cynical plan.

Domino’s Pizza in Russia came up with a weird promotion. They offered 100 free pizzas ever year for 100 years to 350 people who were willing to get the Domino's logo tattooed on their bodies. The campaign proved so popular that Domino’s had to end it early. And the whole idea drew intense criticism about the poor taste of encouraging consumers to literally brand themselves in a show of loyalty to a behemoth international corporation.

Pepsi’s promotional slim can didn’t exactly meet with universal applause. An attempt to revitalize their diet soda, the beverage company released a special tall, skinny can that was meant to signify the effects of the product. The National Eating Disorders Association was quick to call foul, arguing that Pepsi was celebrating a single body type in a way that can be psychologically harmful to consumers.

McDonald’s short-lived Szechuan Sauce promotion from 1998 became part of a nihilistic joke in an episode of the popular adult cartoon “Rick and Morty." Completely missing the joke, McDonald’s brought the sauce back for a special tie-in promotion. The fast-food chain’s big mistake was underestimating demand. Their store soon were filled with thousands of angry fans (who had also missed the joke). The "Rick and Morty" fans were not above climbing on tables, shouting incoherently and occasionally resorting to physical violence to get their unwashed hands on mass-produced packets of Szechuan-style corporate corn syrup.

Cosmetics and toiletries brand Dove has long been running its “Real Beauty” campaign that constantly comes under fire for insensitivity. One such issue came from their range of “Body Positive” packaging, which allowed customers to purchase body wash in bottles that matched their own body’s shape. Dove's team of marketing geniuses (and, presumably, their corporate overlord, Unilever) was somehow surprised that trying to segregate its customers according to body type wasn’t a popular move.

In 2014, attempting to regain some lost public goodwill following the unexplained loss of Flight MH370, Malaysia Airlines decided to give away free flights in a contest. The company’s mistake? They asked entrants to describe in 500 words or less what location they’d like to tick off their "bucket list." For those who don't know: a bucket list is a list of life goals a person wants to achieve before they "kick the bucket." The company's use of the playful term didn’t exactly strike the right note for an airline with a shaky recent history of keeping its passengers alive.

Imagine opening a can of Coke to discover real cash inside that you can spend instantly. The Coca-Cola Magicans giveaway seemed like a good idea to someone, but it wasn’t particularly well thought out. The problem was that, to weigh down the cans and make them indistinguishable from regular Coke cans, Coca-Cola filled them with chlorinated water instead of cola. Sometimes this water leaked onto the prize cash. And in at least one instance, an unlucky winner drank some of the unsafe water before realizing his mistake.

In 2006, McDonald’s Japan offered customers 10,000 free MP3 players, each of which came preloaded with 10 popular songs. The problem? These MP3 players also contained Trojan viruses that, when the devices were plugged into computers, recorded users’ passwords and sent them to hackers. Well done, McDonald’s.

As a promotion for the 1984 Olympic Games, McDonald’s offered scratch-off cards that contained the names of various sporting events. If America won a gold medal in a particular event, customers holding a corresponding scratch-off card could return it to McDonald’s for a free hamburger. It wasn't a bad promotional idea in and of itself. But it became a disaster. Why? Because when the Soviet Union boycotted the Olympics that year, America was able to clean up in many more events than usual, costing McDonald’s millions in unanticipated giveaways.

In 2002, McDonald’s released the McAfrika in Norway. This sandwich, which contains beef, cheese and salad inside a pitta bread, was an attempt to celebrate African culture. Apparently, someone at McDonald’s thought a single sandwich can represent an entire continent. They also thought it was a good idea to coincide the release with a concerted aid drive for famine that was ravaging countries including Malawi and Zimbabwe. A spokesman for the Norwegian Church Aid called the famine “one of the biggest humanitarian disasters we have ever seen” and called out McDonald’s for such an “insensitive” promotional campaign.

The worst kind of promotional campaign is the kind that you can’t opt out of. In 2014, a deal between Apple and the band U2 saw hundreds of millions of iTunes users saddled with a digital copy of the band’s latest album, whether or not they actually wanted it. And many didn't want it. Everyone involved was forced to offer an apology after customers complained about not being able to get Bono off their phones.

In 1992, Pepsi rolled out a promotional contest to residents of the Philippines. Somewhere in the country was a special Pepsi bottle cap on which was printed the number 349. Whoever found the bottle cap would win a million pesos. The problem? Pepsi accidentally printed 800,000 bottle caps bearing the winning number, meaning that it had far, far more winners than anticipated. Cue riots, vandalism and theft when Pepsi announced it wouldn’t be delivering on its promised prize for every winner of the contest.

The McDonald’s Monopoly giveaway is a popular recurring contest for the fast-food chain, but it hasn’t always run smoothly. An FBI investigation discovered that, for 12 years, the security chief in charge of distributing winning game pieces was secretly stealing the prizes and giving them to his friends in exchange for cash. Oops.

The British Territorial Army came under (figurative) fire recently for a new recruitment campaign aimed at “snowflakes.” The campaign poster reads, “Snowflakes: Your army needs you and your compassion.” The poster was immediately attacked by its target audience, who didn’t take kindly to being belittled and patronized while also being asked to sacrifice themselves for their country. The death knell for these posters came when the soldier whose face appeared on the poster announced his intention to quit the army because of the insulting message, meaning the "recruitment" campaign actually lost the army at least one important soldier.

Fun fact: The 1971 classic movie “Willy Wonka and the Chocolate Factory” was actually financed by Quaker Oats as part of a promotional campaign for their new Wonka-branded chocolate bars. The problem? Quaker Oats just couldn’t get the recipe for a chocolate bar right. When the movie debuted, instead of the planned Wonka bar, the company could only release a pair of peanut butter candy products instead.

Oh, look, Burger King is making another appearance on this list. The company came up with an ingenious promotional campaign back in 2009: Anyone who deleted 10 friends from their Facebook profile would receive a free Whopper. This campaign actually worked liked a charm, as most Facebook users have plenty of "friends" on Facebook they’d gladly sacrifice for free food. The promotion was cut short, though, when Facebook appealed directly to Burger King. It turned out that so many people were culling their friends list that Facebook was losing a lot of money in advertising data.