When a Security Guard Harassed a Contractor Doing His Job, the Worker Got Sweet Revenge

Sarah Knieser
When a Security Guard Harassed a Contractor Doing His Job, the Worker Got Sweet Revenge May 1, 2020Leave a comment 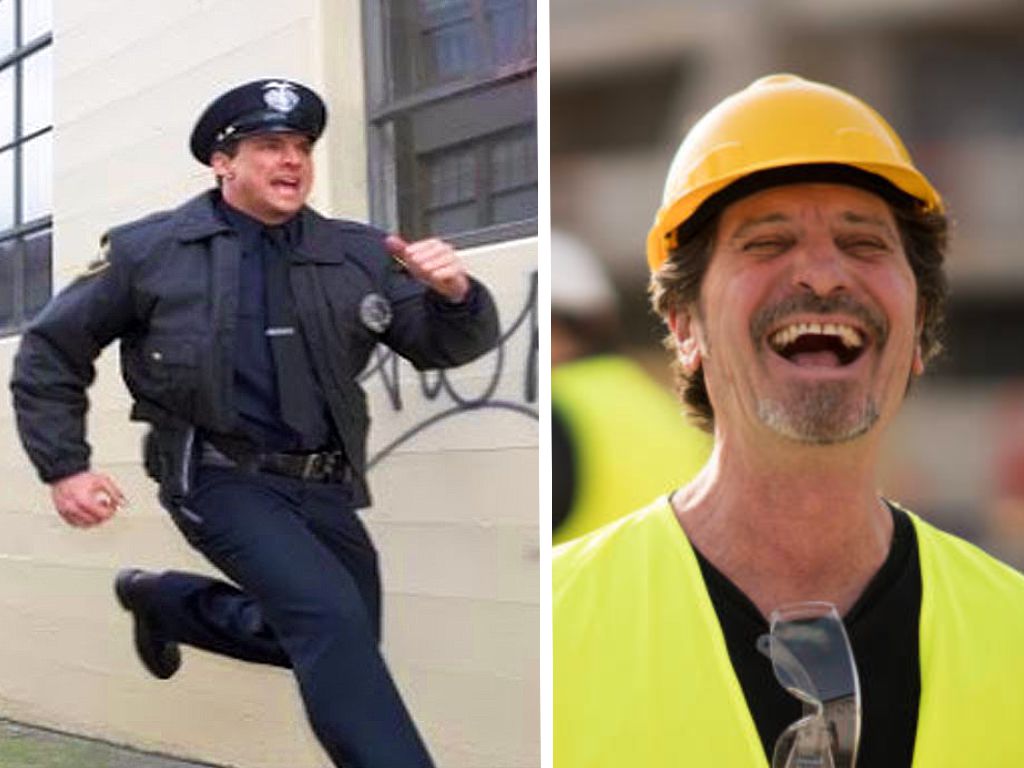 A contractor working at a high-tech manufacturing facility learned the hard way that not everyone has a sense of humor about their job, which was the case when he met the security guard at his new worksite. And when he was asked to show the security guard the last five photos on his phone, he assured that he would never be annoyed with that request again.

A Job at a High-Tech Facility

Two contractors who were doing a job for a company that manufactures high-end electronic components were happy that their job was paying them well, until they met the security guard on the site who annoyed them every chance he could get.

A Security Guard With An Ax to Grind

Their team was installing equipment in the facility for only a week, so there wasn’t much time to get acquainted with the staff at the building before they moved onto their next job. Sadly, this meant being unnecessarily provoked by Chad, a security guard with an ax to grind with one of these contractors.

One day, Steve and Mike were entering the building and, because of safety protocols, they had to empty the entire contents of their pockets to be seen before being granted access into the building. Even though they went through this routine every time they entered the building, Chad was noticeably suspicious of the pair more so than he was of other contractors doing the very same job.

A Small Box Could Hold $1 Million in Company Secrets

The security guard also made Steve and Mike show him the last five images on their phones, to make sure that neither of them were stealing company secrets while working at the high-tech manufacturing facility, because even smuggling out a 4” x 6” box could contain as much as $250,000 worth of microchips.

But, You'll Have to Get Through Paul Blart

Every day the pair obliged with the security guard, until they noticed a weird pattern in the security guard's behaviors. When they noticed that Chad didn’t make other contractors empty their pockets before entering the site, they started ribbing him by saying things like, “thanks for keeping America safe, Paul Blart.”

A Plan Was Hatched

One day the duo went out for lunch, as they usually did, and Steve told his friends that he had a plan to stop Chad from continuing to pester him everyday. Mike couldn’t imagine what Steve could possibly do to the security guard at a high-tech facility that wouldn’t get him fired, or worse, arrested, but knowing that Steve was a jokester, he let it slide.

He Took His Secrets to the John

After lunch, Steve was scrutinized as usual on his way back into the building, so before entering, he happily stated that he had to go to the bathroom. Mike was confused about why Steve was so happy to use the restroom, but he went ahead without him anyway, returning to work without his partner in crime.

The Guard Let Everyone Else Pass

After Steve had left, the security guard didn’t pester Mike about emptying his pockets and bag before he entered the building, proving that his suspicions were just with Steve. Luckily, Steve had an idea that would enact revenge on the security guard for his misplaced skepticism.

After Steve returned from the bathroom, Chad the security guard, as usual, asked him to empty his pockets and show him the last five images on his phone. Steve decided to have some fun with the security guard then, asking him “Why? Don’t you trust me?”

Chad replied that it was just his job to check phones and belongings, even though Steve knew that he had let others pass without checking their phones before. So, Steve happily obliged by taking out his phone and opening his camera roll. But, after he did so, Chad would never ask him to do that again.

Terrifying Things in His Camera Roll

Steve handed Chad his phone, with his camera roll open to his most recent five pictures and Chad’s eyes went wide. Chad then threw the phone on the table, exclaiming “What the heck am I looking at?!” as Steve buckled over with laughter.

I'm Going to Send the Photos to My Proctologist

Picking back up his phone, Steve replied, “Hey man, I’m sorry but I thought I had a hemorrhoid and I wanted to see how bad it was. Is everything okay with my pictures? Is the facility safe?” And at that point, Chad was absolutely seething with rage, having been bested by someone he had suspected to be stealing from the company he was working for.

He'll Never Get That Image Out of His Mind

After that disgusting experience, Chad thought twice about unnecessarily checking his fellow employees without due concern. And that’s not the only time that some one who was maliciously compliant got the revenge they deserved…

Revenge on a Greedy Landlord

When Fred was searching for an apartment, he did his due diligence and found a place within his price range, but he didn’t expect his landlord to not stick to their end of the deal. After he realized his landlord’s true motives, Fred was able to use a cunning plan to avoid court and get what he was due from his greedy landlord.

Changing the Lease to Month-to-Month

Fred was searching for a house to live in after years of renting apartments, so he talked his landlord into changing his lease to a month-to-month contract instead of a longer term commitment. He and his landlord agreed on a higher monthly rent to compensate for the lack of security, and Fred signed a contract to make this new agreement legal. But, maybe he should have taken photos of his contract while it was still in his hands.

He Agreed to Pay More

Along with the higher rent, Fred and his landlord agreed to remove a section from their previous agreement requiring 90 days notification before Fred moved out, because he would soon be finding out on short notice when he would be able to move into a new place. But, Fred should have made sure that his landlord was in the same room as him when he agreed to this.

Can You Come Back For the Copies?

Fred signed the contract in the office below his apartment, but his landlord wasn’t present for the signing, so one of his employees handled it. After signing, Fred asked for a copy of the contract for his records, so the employee turned on the copier. Only, there was an error symbol on the machine, so the employee asked Fred if he could come back later to pick up his copy. He naively agreed, and went back up to his apartment.

After about 30 minutes, Fred got a text to pick up his copy of the contract. Not thinking twice about it, he didn’t double check the information on the papers he was handed to make sure it was the same contract he had originally signed off on, but after dealing with his landlord for a few years, he didn’t expect him to change their agreement behind his back.

For the next few months, Fred paid his rent monthly at the higher rate without hearing from his landlord. Finally, he found the right place to transition to and found out that he would be able to move in after four weeks. So, he immediately notified his landlord that he would be leaving on that date. But, his landlord’s reply made Fred absolutely furious about the whole situation.

Take Another Look At That Contract

Fred’s landlord replied that it was nice that Fred had found a new home, but he would still be responsible for the next two months of rent due to the 90 day moving notification requirement in the contract he signed. Fred thought back to the day he discussed his new requests with his landlord and, knowing that they had agreed to take that part out of their agreement, looked back at the contract he was handed by his landlord’s employee.

Something Was Added Without His Knowledge

Sure enough, there was a sentence about a 90 day moving notification requirement in the contract Fred had, but he also noticed another detail that was in his favor. His signatures on the top and bottom of each page, verifying that he had read the document, had mysteriously moved to the middle of each page, as if the document he had signed was edited to add extra text to the contract. Knowing this, Fred realized that his landlord had tricked him and he wasn’t about to get away with it.

A Formatting Error Made Everything Clear

Fred informed his landlord of the formatting error that was a dead giveaway for his malicious edits to the contract, but he insisted that the contract was still legally binding and there was nothing that Fred could do about it. Not wanting to get a lawyer involved, Fred attempted to solve things on his own terms.

I'll See You to Court!

Fred’s landlord persisted that he would take the case to court if Fred didn’t pay his rent in full and he would withhold any security deposits until the matter was resolved. Fred knew that his case would hold up in court if anyone took a close look at the documents. But, he also knew that there was one thing that his landlord hadn’t thought about: Fred’s utilities.

Fred’s rent payments covered a flat fee for utilities in his apartment, which was unchanged from month to month because the separate apartments in the building ran on one meter. So, Fred’s plan for revenge was simple. He told his landlord that as long as he wanted to persist with his demands, Fred would be inclined to leave all of his windows open, crank up the heater, open his refrigerator door and run all faucets 24/7. And, he would give his landlord a good reason not to ask him to knock it off.

Fred also told his landlord that if he attempted to enter his apartment without Fred’s permission, he would be reported to the police for trespassing. And immediately, Fred received a reply getting confirmation that his landlord would not pursue the extra month’s rent or security deposit, proving that revenge can be sweet!