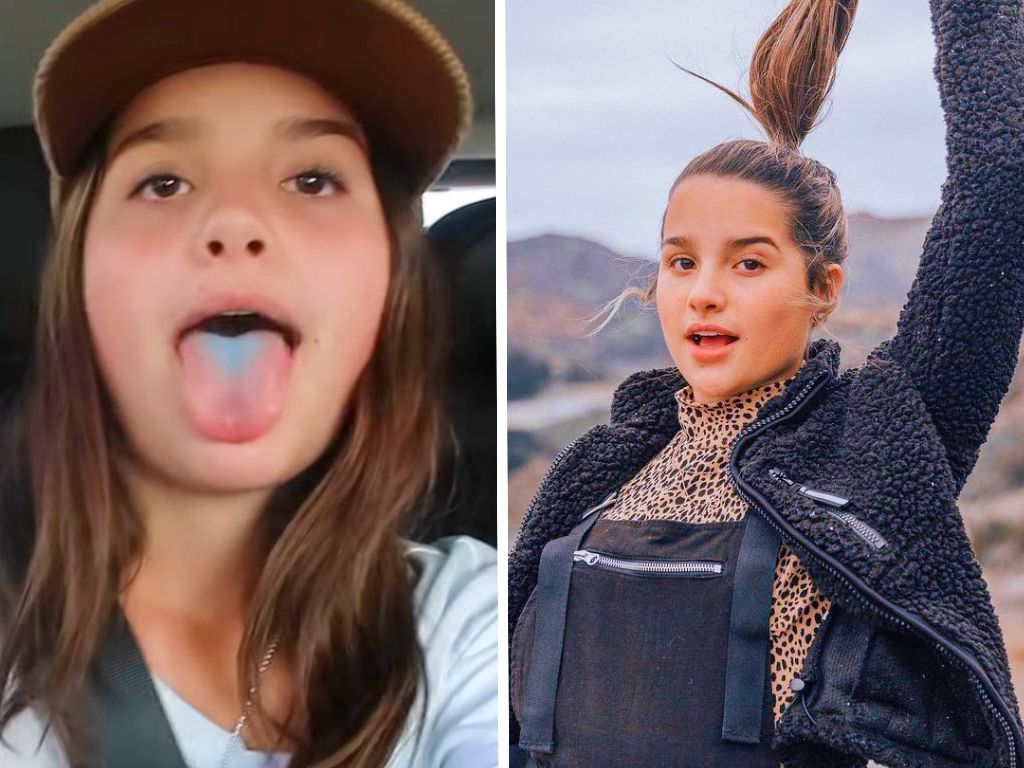 When YouTuber Annie LeBlanc of the Bratayley channel mentioned in passing that her tongue was turning blue, her audience begged her to seek immediate medical attention. Something so insignificant can sometimes be the difference between life and death, as Annie knew all too well.

Fans of YouTuber Annie LeBlanc recently went into meltdown when they noticed something unusual. The teenage superstar might have thought her blue tongue was nothing to worry about, but her viewers weren’t so sure.

Julianna Grace “Annie” LeBlanc has been described by Business Insider as one of the “most famous teens in the world.” Her family’s main YouTube channel has well over three million subscribers, but this is only part of her total audience.

A Lifetime of Vlogging

Calling themselves the Bratayley family, LeBlanc’s parents have shared many of their children’s big milestones and events online to a large YouTube audience. This has meant sharing happy and sad moments alike.

LeBlanc has won a sizeable following on TikTok, and she stars in the popular YouTube shows “Chicken Girls” and “A Girl Named Jo” – but even this isn’t all she’s managed to achieve.

Not only is LeBlanc an accomplished gymnast (this was how she initially won her YouTube audience), but she’s also released several music albums that have made it onto the charts. That’s a lot of success for a teenager!

LeBlanc was one of the earliest YouTubers, and has grown up with the platform as a constant presence in her life. Her parents started uploading videos of her gymnastics meets to the internet in 2008 when she was three years old.

Soon, LeBlanc’s parents also started uploading slice-of-life vlogs of the entire family, which also featured Annie's two siblings. These were initially meant to just be watched by their extended family, but they soon gained attention from a larger audience.

Viewers have been able to watch LeBlanc, her older brother Caleb, and her younger sister Hayley, grow up over the past decade. Many videos on the Annie LeBlanc channel are long, relaxed vlogs that show the family’s very mundane life, and viewers love them.

One of the challenges of internet fame is that every aspect of your life is constantly being analyzed by millions of people. Thankfully, the Bratayley family have, for the most part, avoided making any big missteps.

This isn’t to say that constant fame is easy. In 2015 the family went through a public tragedy, when Caleb passed away very suddenly. Just a few short days before his death, he had appeared to be healthy in a video, but then, without warning, he was gone.

It turned out that Caleb had a heart condition called hypertrophic cardiomyopathy. This is a condition where part of the heart thickens without a clear cause, making it difficult for blood to pump around the body.

Heart disease of this kind runs in their family, so all of the LeBlancs now regularly get heart check-ups to make sure that they’re not in danger. Because they vlog about their daily family events, millions of viewers are also kept up to speed on their health.

Even with a history of fatal heart disease in the family, when LeBlanc’s tongue began to turn blue without explanation, she didn’t instantly make the connection to her brother’s condition. Everyone continued going about their day as if nothing was out of the ordinary.

In an otherwise very typical video, LeBlanc mentioned twice that her tongue was a strange color, wondering if she’d eaten something unusual. Her tongue didn’t return to normal over the course of her day – instead, she noticed that it was getting worse.

Instantly, a wave of concern began to flood the video’s comment section. Millions of people were concerned about LeBlanc’s health, and were urging her to go to a doctor at once. This was no laughing matter.

A blue tongue is a symptom for several different kinds of heart disease, including coronary artery disease and chronic obstructive pulmonary disease. It’s sometimes a warning sign that something is severely wrong with a person’s heart or blood flow.

Any body part turning blue is often a sign of poor circulation, of not enough oxygen reaching a person’s extremities. A blue tongue is particularly worrying for the LeBlanc family, as commenters pointed out.

A lot people shared a photo of Caleb on social media from a few days before his death, in which he too had a blue tongue. In fact, it looked identical to what Annie was now reporting. Fans urged her to go for an immediate check-up to make sure that she was safe.

The Bratayley family was a bit taken aback by just how frantic their audience was becoming. They didn’t necessarily think that the blue tongue was anything serious, but their fans wouldn’t stop talking about it.

A Trip to the Doctor

Finally, the family caved, and LeBlanc went for a check-up. In a video to their fans, Annie and Hayley made it clear that they didn’t think anything was wrong, but they were going to make sure, just in case.

Thankfully, LeBlanc’s medical check-up revealed that there was nothing to worry about. The blue tint to her tongue faded with time, and she didn’t suffer any negative effects related to heart disease. It turned out to just be a short term thing, after all.

The Pressure of Fame

One of the big downsides of having such a large audience is that people are always scrutinizing your every actions. This time, fans’ comments were at least sincerely motivated by concern, but sometimes, speculation can go too far.

While the majority of Bratayley fans sent messages of condolence following Caleb’s untimely death, a small minority began vocally questioning his official cause of death. Some were eager to look for strange theories about the heart of his sudden passing.

This intensified when the family livestreamed a memorial service for Caleb, with some fans seeing it as a distasteful attempt to gain publicity from his passing. Only a small portion of the Bratayley audience complained, but considering that the family have millions of viewers, this amounted to a lot of noise nonetheless.

In truth, life as an internet celebrity means giving up the privilege of anonymity. It’ll be hard for either of the remaining LeBlanc children to ever experience a major life event without it being dissected by millions of commenters. Perhaps fame really isn’t all it’s cracked up to be.