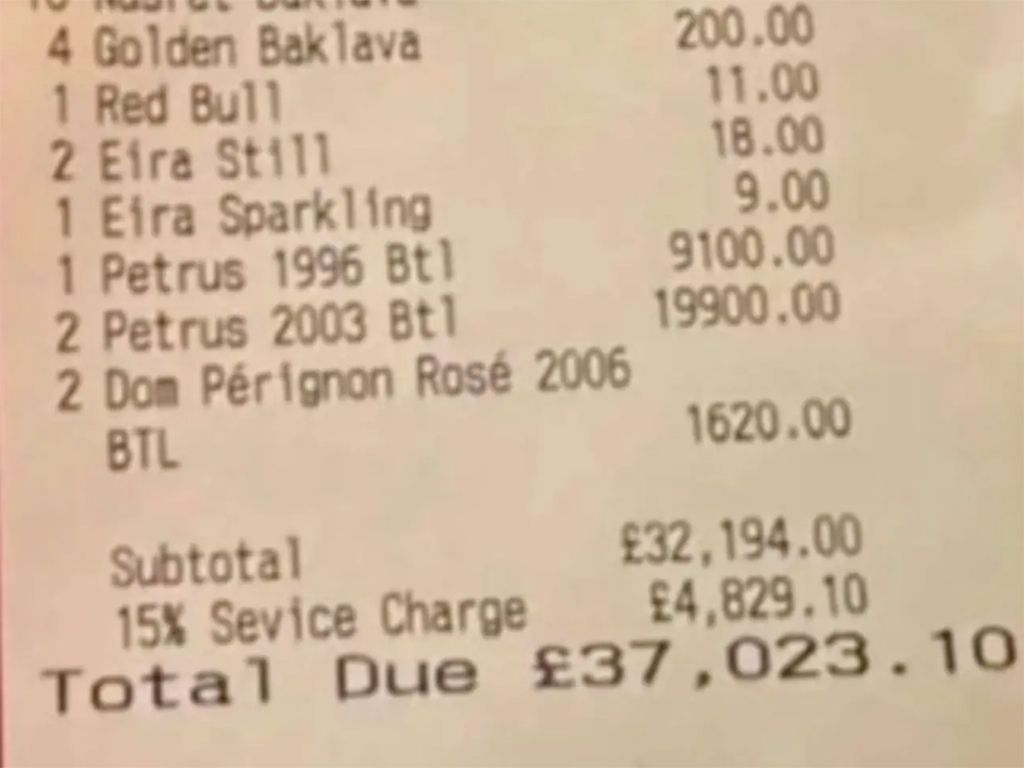 Turkish chef Nusret Gökçe, who is better known by the name of Salt Bae, owns the Nusr-Et chain of restaurants which has locations in cities across the globe like Miami, Istanbul, Abu Dhabi and New York. The newest location of Nusr-Et has opened in London and some customers are already shocked at the high prices of their meals.

One diner posted a photo of their receipt on Snapchat and the total for the meal was staggering. The final price came out to £37,023.10, or about $43,000. And some food connoisseurs just don’t think that any meal, no matter how luxurious, could be worth that price.

The group of diners ordered a Golden Tomahawk steak for £850 and some moderately priced side dishes like mashed potatoes for £12 and sautéed broccoli for £14. But what really set the meal into sky high prices was the alcohol for the table which included a 1996 bottle of Petrus, which cost £9,100 two bottles of Petrus 2003, which cost £9,950 a piece.

The 15% service charge also added nearly £5,000 to the total, which seemed sheerly ridiculous to some people online, like one commenter who wrote, "The service charge is killing me, £4,000... salt bae must have been doing handstands on the table."