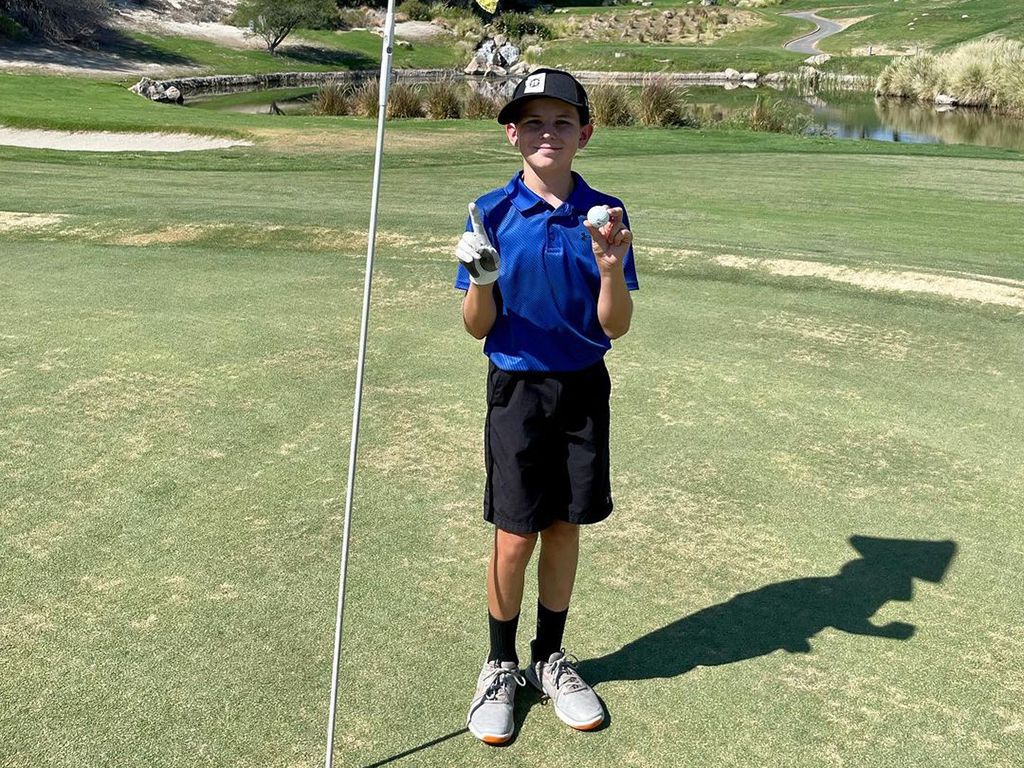 Some studies state that the odds of getting two holes in one in one round of golf are 1 in 67 million. 11-year-old Jake Martinez personally beat those odds at the Palm Springs Open over the weekend. The game, which took place at Weston Mission Hills, started off roughly for the young player, but his expert skills soon set him ahead of most of the other young players. Martinez double bogeyed the first and third holes during the game, but he was able to turn his game around at the fifth hole, which is where he hit his first hole-in-one.

Looking back on the first hole-in-one, Martinez said, “It [took] one hop, and it went in. We’re all shocked.” And Jake wasn’t finished with his remarkable game yet. When he walked up to the 12th hole, he never imagined that he’d get the chance to repeat his incredible play, especially because the distance to the hole was the same as it was at the fifth. Jake said, “It’s 100 yards, so I hit pitching wedge again.” And Jake’s father, who is also his caddy, agreed with his choice.

Jake Martinez ended his first round with a score of 74. While he gave his all in the second round, no more holes-in-one were hit during his game and he finished the tournament with a score of 76, putting him in 14th place overall. While the incredible feat didn’t make him the champion of the competition, it certainly made sure that he will go down in golf history with one of the most incredible shows of sportsmanship in the history of the sport.