Teacher Hides Treasure Map For His Students in Course Syllabus 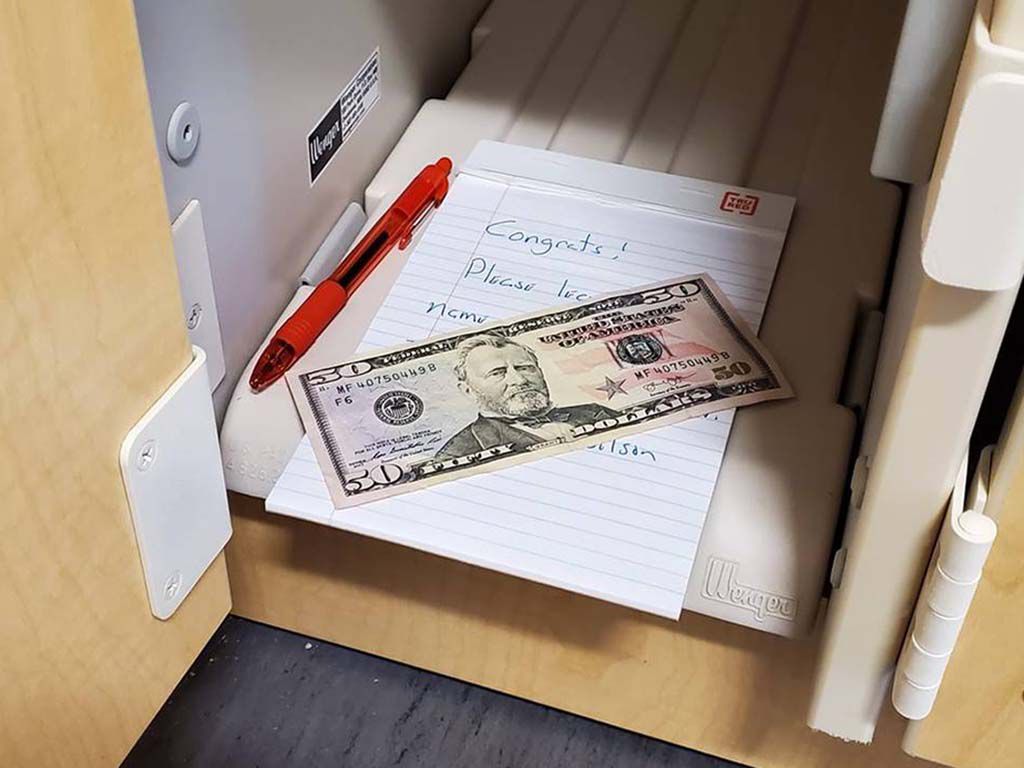 Kenyon Wilson, an associate head of performing arts at the University of Tennessee at Chattanooga, hid a treasure for his students in a locker at the beginning of the semester, and by the end of the semester, sadly, none of the students had yet claimed the $50 prize. The location of this treasure was hidden in Wilson’s syllabus for the class, and after no one claimed the prize, the professor posted about it on Facebook, causing thousands of people to react to his incredible stunt.

Wilson wrote on his Facebook page, “My semester-long experiment has come to an end. At the start of the term, I placed $50 in one of our lockers and included the locker number & combination in my syllabus for a class with over 70 enrolled. Today I retrieved the unclaimed treasure. What academic shenanigans should I try next?”

The syllabus stated that the prize was “free to the first who claims,” but Wilson didn’t lose hope in his students because none of them claimed the prize. “It's an academic trope that students don't read the syllabus. I've heard of professors leaving hidden instructions for how to skip an assignment or receive extra credit. So, I thought I would try something along that idea,” Wilson said.

“At the start of the term, I placed $50 of my own money in one of our lockers, and you know the rest,” Wilson said. He continued, “Was I surprised that the money was still there? In part, yes. But I'd be just as happy to have posted congratulating the student who first found the money and claimed it. I waited until the end of the term before opening the locker, so I've not had the chance to tell my students in person. My post last Wednesday was essentially my letting my students in on the secret.”

With over 124,000 likes over on Twitter, the stunt has reached a lot of people who seem to be in awe that the students didn’t claim the easy prize, but Wilson still praises his incredible students at every turn, writing on his Facebook page, “I've got great students, and this exercise was just having fun with them."